Xiaomi India recently faced a massive backslash from the Indian users due to the pricing strategy of Redmi K20 series. Manu Kumar Jain, MD of Xiaomi India, even posted a public letter to the fans describing the reasons behind the price hike.

Back when we spotted the first reference of Mi 9T, the speculations of the next gen Pocophone started emerging. Well, Xiaomi did yet another rebranding, as Mi 9T turned out to be the European edition of Redmi K20 itself.

Thing is, there is no shortage to likeness and analogies between the soul of Poco and Redmi K20 family. The Indian variant of the latter even comes with POCO Launcher out of the box and features a minimal ad setup – just like the original Poco F1.

While the dust of Redmi K20 launch is settling down, Xiaomi becomes utmost busy to release phones such as Mi A3 in India. However, Poco fans are still looking for clues related to the successor of the mighty Pocophone 1 – be it a trollish Geekbench listing or an alleged screen protector for Poco F2.

Market analysts already declared demise of the brand Poco, although Poco F1 should continue getting further support. The pace of OTA update is gradually slowing down, as the company is putting more weightage of stability rather than new features.

Alvin Tse, the head of Pocophone Global, is still managing the monumental responsibility of answering the endless queries of Poco fans. In a recent tweet, he emphasized on the continuation of Poco F1 support.

As you can see, Alvin was wishing a user to come back under the ecosystem of Xiaomi in future. Despite Pocophone works independently of their parent company, the notion surely indicates that Xiaomi will eventually dissolve the Poco brand. Don’t you think the same?

We love you hear from you, so do post your opinions by commenting below.

Pocophone F1 is no longer sold in Philippines via official channels as Xiaomi announced to discontinue the iconic phone from the country. For further info, head over to this article. 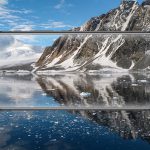