Just like other Huawei phones, Mate RS Porsche Design has also been getting regular Android security updates since arrival, however, it awaits the latest EMUI 9.1 (Android Pie-based).

As we highlighted in a recent coverage, among the Mate series, Mate 10, Mate 10 Pro, Mate 10 Porsche Design and Mate RS Porsche Design were in pipeline for EMUI 9.1. While Mate 10 and its Pro edition got the experience EMUI 9.1 recently, both Porsche Design devices were kept gawking.

But that changes now, as EMUI 9.1 is reportedly hitting the Mate RS Porsche Design units.

For a quick look, here’s what the complete update changelog states, followed by some images of the same: Just in case you haven’t received the patch yet, well, we’d like to remind airborne updates are pushed in batches, and hence may not hit all units at the same time. So, you can either wait for the OTA, or register at HiCare app for fetching EMUI 9.1 at the soonest. Happy installing!

Due credits for writing this story: Anubhav Tyagi

NOTE: To check out EMUI 9.1 has arrived on which other Huawei/Honor phones, you may route here. And for other Huawei-related updates, news, and bugs/issues, interested readers may head here. 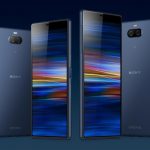