Huawei decided to take the pole position in the yearly flagship contest and released Honor View 20 at the beginning of this year (2019). One of the first phones with the Kirin 980 SoC and a whopping 48 MP primary camera, View 20 (known as V20 in China) kickstarted the rat race with a high benchmark.

Notice the hole in the display? Yes, Honor View 20 came with this unique design language months before the arrival of Samsung Galaxy S10 series. The phone sports a 25 MP selfie camera, while the rear camera is paired with a dedicated 3D ToF sensor.

The T0F module is particularly useful for features like AR measurement. Huawei/Honor rolled out the support for this functionality back in April via Magic UI 2.1 beta in China. A public beta started in the subsequent month with the promise to bring ARK Compiler support.

During the last week of July, Indian View 20 units started to get stable Magic UI 2.1 (based on EMUI 9.1) OTA with the build number 9.1.0.235. Due to major underlying changes, the size of the update package was more than 4.5 GB. After the update I am not able to use my Jio mobile internet continiously. Internet stops working in every 5 or 10 minutes. Then I should either switch “off” and then “on” the mobile data or put in flight mode. I am using dual sim. If i remove the second sim or disable the second sim, then the internet works continiously.. but still there are some speed issue. Requesting for the update soon.

Meanwhile, various European users are now reportedly getting a slightly older build via HiCare app and built-in OTA updater. Depending on region, the build number is 9.1.0.229/233. However, the changelog is completely identical.

Guess what? Similar to Huawei P20 Pro, we can spot yet another new build (9.1.0.238) for Honor View 20 with August security patches. Although the build numbers can vary among regional builds, we are confident to see a new OTA for View 20 soon.

Are you facing any particular bug after installing the Magic UI 2.1 OTA on your Honor View 20? Comment below. 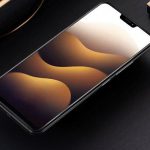