‘When will my phone get Android Q,’ or ‘will my phone even get Android Q’ queries have been populating the online discussion platforms for quite some time now. Chinese tech giant Huawei shared a list of devices that may get to taste the newest Android OS dessert in serving.

Soon after, Huawei’s sub-brand Honor also came up with a list of phones expected to get bumped to Android Q (or EMUI 10). According to that, Honor 20 series devices, including Honor 20, Honor 20 Lite (aka Honor 10i), and Honor 20 Pro will get to experience Android Q.

However, as per the information shared by Honor India, there’s a slight change as instead of Honor 20 Lite, Honor 20i will be getting Android Q, apart from Honor 20 and Honor 20 Pro.

As we highlighted in our last coverage, Honor France did not reject Android Q update on Honor 10 devices, which lend further weight to the possibility of Q’s arrival on the device. While things were in limbo, now Honor India has given a confirmation to Android Q on Honor 10 devices.

Honor 10 is basically the OEM’s 2018 high-end phone powered by Hisilicon Kirin 970 SoC. Shipped originally with Android Oreo, the device was upgraded to Android Pie based EMUI 9.0 this year and is to be bumped to the latest EMUI 9.1 today (i.e. July 26).

In between all this, Honor India has shared that the compatibility of Android Q on Honor 10 phones has been given a thumbs up by the software team. This conveys Android Q should be landing on Honor 10 units. Here’s what Honor India said while reverting back to a user on Twitter:

We would like to inform you that our software team has already evaluated and confirmed the compatibility of Android Q upgrade with Honor 10. Good news, right? But that ain’t all.

Something similar has been revealed regarding Honor 8X. Honor 8X is the OEM’s first ViLTE (Video over LTE) calling compatible device in India. The phone initially shipped with Android Oreo & was upgraded to Pie/EMUI 9.0 back in March. Promised to get EMUI 9.1, 8X devices in India still await it.

Cut to now, Honor India has confirmed Honor 8X’s compatibility with the yet to be officially outed Android Q. Here’s what Honor India recently said on Twitter regarding this:

We would like to inform you that our software team has already evaluated and confirmed the compatibility of Android Q upgrade with Honor 8X. That means, if nothing goes wrong, Android Q should be coming to Honor 8X devices too. Yay?! Needless to say, we are keeping a close watch on all related developments and let you know as and when Android Q (after official release) gets rolling on Honor 10, Honor 8X and Honor 20 series.

Those of you with other Honor devices, don’t get disheartened. We’re keeping an eye for Android Q on other Honor phones too. So we’ll share as and when something relevant catches our sight.

We would like to inform you that our software team has already evaluated and confirmed the compatibility of Android Q upgrade with Honor View 20.

Android Q’s compatibility with Honor View 10 (aka V10) has also been confirmed by Honor India.

We would like to inform you that our software team has already evaluated and confirmed the compatibility of Android Q upgrade with Honor View 10. 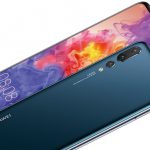