Chinese phone manufacturer Huawei’s popularity and humongous user base in the region is hidden from none. They’ve already captured Apple’s market share in their home country, and recently touched their highest ever level of share in the global smartphone market.

Huawei’s focus on the Chinese phone market clubbed with Google’s absence accelerates the entire update process on their devices in China. That’s why the updates on Huawei/Honor phones are pushed to the Chinese variants first, followed by the global ones.

Talking of updates, just a couple of weeks back, we highlighted that two of the Huawei’s sub-brand Honor phones – Honor View 20 and Honor Magic 2 (that are originally shipped with Magic UI) – have begun receiving Magic UI 2.1 public beta update in China.

The Magic UI 2.1 open public beta update bearing build number 9.1.0.201/201 for Honor View 20 and 9.1.0.200 for Honor Magic 2 brought along features like Smart Video and GPU Turbo 3.0 along with other changes. Here’s what the update change log stated (translated from Chinese):

After the mobile phone establishes a connection with Huawei Matebook, it can realize the connection between the equipment, such as scrapbooking and screen sharing.

Streamline some redundant and complicated settings to provide you with a more concise, easy-to-understand and easy-to-operate setup.

Cut to two weeks later, now Honor View 20 is receiving another update that has bumped the version to 9.1.0.11/212. Just for clarity, the currently rolling out update (weighs ~360 MB) is a stable one and brings along the May security patch.

For a quick refresher, among the V series, View 20 is Honor’s high end device that was released in December last year. Powered with SoC HiSilicon Kirin 980 chipset, the device shipped with Android 9.0 (Pie) and Honor’s customized skin Magic UI 2.

Coming back to current update, a major change is that the awaited Huawei ARK compiler support has finally been added. Other than that, the screen camera flashback glitch has been resolved and some enhancements have been made in screen touch detection.

Here’s what the update changelog reads (translated from Chinese):

And here’s a user shared image of the update change log:

A per a Magic UI 2.1 road map for Honor View 20 maintained by some one from Honor Product maintenance, the update (v9.1.0.11/212) that’s currently rolling out on View 20 entered internal/closed beta testing last week (May 09).

And now, as of today, the stable version of the update has been pushed to Honor View 20 units. Here’s a translated version of what the road map says regarding Magic UI 2.1 progress on View 20:

Oh and not to miss, this update is currently available for Honor View 20 devices in China only. Regarding the global roll out, users might expect the update to reach their View 20 unit sometimes in late-May or early-June. Here’s hoping that happens soon.

P.S. Those of you interested in more Huawei/Honor related news and stories may head here. 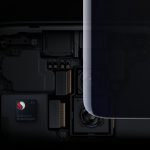