Huawei was having a perfect year up until the U.S. imposed a ban that prohibited it from freely trading with American companies. Despite the odds, Huawei still managed to record growth in double-digit figures (23%) in the first half of 2019, primarily because of the flourishing smartphone business.

Huawei has at times been bashed for its heavily customized EMUI skin and slow Android OS updates. Still, it is doing a great job holding onto existing fans while getting new ones. The company keeps releasing some amazing smartphones and strives to update them with the latest software available.

Today, the latest stable EMUI version available is EMUI 9.1 based on Android 9 Pie. The flagship Huawei Mate 20 series was the first to receive the update to EMUI 9.1 in late June 2019.

Cut to now, EMUI 9.1’s arrival on some other Huawei devices has been confirmed by the OEM. To begin with, those using Huawei P Smart+ (Dual SIM) should receive it anytime from now, at least according to Huawei Poland.

For devices that haven’t received EMUI 9.1 update, among them Huawei P Smart 2019, Mate 20 Lite, Y6 2019, and Mate 9 Pro, the same Huawei Poland also says the update will be available between now and October 2019. There are no specific dates, though, but we’ll let you know when the rollout begins.

FYI, the fact that this information comes from Huawei Poland implies that this EMUI 9.1 schedule could be specific to the Polish market. Even so, it does give us a clue of when to expect the software to arrive on the said devices in other markets as well.

Again, we’ll keep an eye on the developments and let you know when the EMUI 9.1 is available for your device. And for those of you who wish to take a look, following’s an image of the update progress schedule on different phones shared by Huawei’s official Poland website.

P.S. You can find more Hauwei/Honor-related coverages by heading here, and for more EMUI 9.1 related stuff, you may route here. 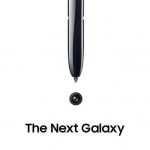 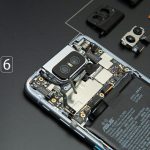