I frequently stumble on this question from my non-tech savvy friends: why can’t Android get updates like iPhones or Windows? Things get worse when wireless carriers get involved, and you never know when they decide to entirely cancel out the update for your phone!

In case of OnePlus, the situation is not that much convoluted. Sure, you are getting a phone with a handful of limitations, but the frequency of updates is way better than typical carrier branded phones. Cherry on top, you can easily rebrand your carrier branded phone to a global unlocked one.

While the T-Mobile edition of OnePlus 7 Pro is getting OTA updates almost with a similar frequency of the unlocked unit, the carrier branded OnePlus 6T owners are still stuck with April 2019 security patches.

In fact OnePlus already rolled out June security patches for the OnePlus 6 series via Open Beta builds, but owners of T-Mobile OnePlus 6T can’t participate in the beta testing.

Well well well, T-Mobile finally decided to push the red button as the June update is finally available for the carrier locked version of T-Mobile. An interesting phenomenon indeed, as the regular model is still behind.

The internal version number of this new OTA is A6013_34_190612, which indicates that the build was compiled on June 12. T-Mobile certainly carries out pretty hardcore QA testing before rolling out the update.

The underlying OxygenOS version is 9.0.12 in this build. As for comparison, the latest stable channel update for regular OnePlus 6T is 9.0.14. The stock camera version remains unchanged, so don’t expect any camera improvements.

For some reason, the official OTA tracking page of T-Mobile is still pointing to the March update as latest build for OnePlus 6T. There is no official announcement in OnePlus forum so far, so we can only suggest smash the ‘Check for updates’ button while waiting for the OTA to hit your phone.

The unlocked global variant of OnePlus 6T along with OnePlus 6 are now getting the June security patch via OxygenOS 9.0.15 and 9.0.7, respectively.

As always, the download links of the full update packages can be found below: 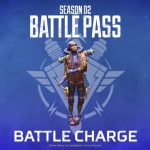