The OnePlus 7 series is finally here, and once again T-Mobile is the exclusive carrier partner to offer it in the USA. Interestingly, the regular OnePlus 7 (which is nothing but a refreshed OnePlus 6T) will not sold in entire North America, as the company is focusing on the premium tier with OnePlus 7 Pro.

Like the previous installment, T-Mobile continues to disable the second SIM slot of the OnePlus 7 Pro. Moreover, the frequency of software updates should be much lesser than the unlocked models bought directly from the  OnePlus store.

The OnePlus 7 Pro available on OnePlus.com are dual-sim. The ones available at TMO are single SIM.

Talking about software updates, the existing T-Mobile exclusive OnePlus 6T is (expectedly) lagging a way behind than its unlocked cousin. The wireless carrier last rolled out an update with the version number A6013_34_190217 back in early March.

Don’t let the reference of Android security update fool you, as they bundled two months old January 2019 security patches with this OTA update.

Besides a bump in the security patch level, this build finally enabled native Video over LTE (ViLTE/IR94) and RCS support. However, the RCS implementation was not at all foolproof.

On the other hand, the regular OnePlus 6T got March security update alongside the OnePlus 6 at the end of April in the form of OxygenOS 9.0.5 and 9.0.13 respectively. The Chinese OEM also integrated their new feedback platform in these builds.

Since then, the carrier unlocked variant also got May security patch with tons of other goodies via Open Beta channel. But the T-Mobile OnePlus 6T users are to enjoy these features due to their carrier modified software.

Well, looks like the carrier finally started to push a new update which brought April security patches on the US locked OnePlus 6T. The version of the new update is A6013_34_190510, which indicates the build was compiled on May 10.

According to users, the internal version number of the underlying OxygenOS is 9.0.11 after the update. Besides the security patches, the changelog also mentions “Enhanced Messaging Experience”.

This part should be related to the botched up RCS implementation in the previous update. Multiple users stumbled on various glitches while trying out T-Mobile’s Advanced Messaging/RCS with the updated OnePlus SMS app.

I got the T-Mobile OnePlus 6T. However after the latest update, I can no longer receive pictures attached to a text message. The senders phone will say “RECEIVER CANCELED”. T-Mobile tech support offered me a replacement phone and OnePlus tech support started a repair session. They re-flashed my phone and the problem still exist. OnePlus finally said wait until the next update and see if that fixes the problem. I f I use Textra or another messaging app it works fine. I happen to like the default app that came with the phone.

Anyone else have ths problem?

OnePlus and T-Mobile were aware of the situation. Tom B., Global Service Strategy Operations of OnePlus, started a new thread and shared a handful of instructions to capture logs and send them to OnePlus for diagnosis purpose. Hopefully the new OTA update will improve the messaging experience of T-Mobile customers. We are looking forward to collect user feedback.

The size of this incremental OTA update is less than 400 MB, and there is no instance of updated stock apps (like the camera) after installing. FYI, the latest version of OnePlus Camera app is 3.2.9.1 and it sports a handful of new features, like offline Google Lens integration.

The situation is rather uncanny at this moment, as the global unlocked OnePlus 6T is behind the T-Mobile variant in terms of security patch update. However, the carrier’s update tracker page is still pointing towards the March build as latest one.

Have you got the April update on your T-Mobile branded OnePlus 6T? Noticed any improvement? Let us know by commenting below. 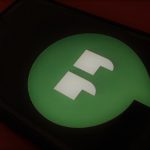