The ever-evolving technology often deprecates something that we love (*cough* 3.5 mm headphone jack *cough*). You know, sometimes simplicity is the key; and an end user don’t want to engage into tons of complicated steps for the sake of ‘new generation’.

One of the prime examples of this trend is the removal of the notification LED. Mainstream OEMs, such as Samsung, decided to abandon this handy component in favor of features like always on display (AoD) or more sci-fi grade Edge Lighting.

The Edge Lighting thing is popularized by Samsung, as the Korean company integrates this functionality in their flagship grade Galaxy S and Note series.

Well well well, there is a fundamental problem: Edge Lighting does not work as efficient as a nifty notification LED.

Samsung has been trying to enhance the Edge Lighting feature by providing a dedicated addon app that can enable camera cutout animation. However, the core implementation often fails to catch notifications from third party apps – making the whole solution good-for-nothing.

There are several third party apps which are trying to emulate the notification indicator, but the underlying methods are not efficient all the time. However, an indie developer recently took the challenge to fix the mess.

And oh boy, he did! XDA member Zunderstruck coded a little app which could enable any app to use the Edge Lighting feature of Samsung Galaxy S10, even when the screen is off.

We highlighted this app in our Samsung Galaxy 10 series daily news page. Now PiunikaWeb has the opportunity to interview the developer himself.

PW: Let’s start with the basics

Z: Well I discovered edge lighting with my s10+ and as everyone as was pretty pissed off it didn’t work properly with screen off (because let’s be honest it isn’t really useful with screen on, it’s just a pretty way to display a notification)

So I did my research and found out it was because the notification didn’t turn the screen on.
I tried Glimpse notification and Lightflow that awake the screen when a notification comes, but the only edge lighting I could get was a blank one from aforementioned apps.

Z: I tried some other solutions like Always on Display – Edge Lighting, but they actually display a fake aod screen that keeps the display on. Waaaayyyy too battery hungry, I consider my phone shouldn’t loose more than 1% battery/h if I’m not using it.

And someday I stumbled upon a post on the tasker forum where a user was asking the developer to add a possibility to wake the screen up with notification generated by the autonotification plugin (I guess he wanted to make edge lighting work too).

FYI, Tasker is a cool automation app you must try out. We talked about it in one of our older articles.

Z: To which tasker’s developer answered there is no way on Android to program a notification to wake the screen up. And I assumed the guy new his stuff since he’s one of the most reknowed Android developers.

So obviously I wondered how some apps manage to do so

I ran a test: I created a tasker profile to intercept notifications from an app (I use Pushbullet to send myself notification)

And then give tasker 2 tasks :
1. Post a notification containing the Pushbullet’s one content
2. Turn the screen on

And we’ll… It just worked

It’s worth mentioning that Zunderstruck (who also goes by the alias Mr Zun) does not have any prior experience with Android app development. He self-taught himself and decided to write a native app.

Z: A couple months later I decided to turn my tasker profile into an app so everyone can enjoy it. Which brings us to right now

PW:  How does this “wrapping” part work? I mean, if it’s a native app, then did you use any special APIs?

Z: Nope. Everything is in Android’s documentation. I started to learn Android development especially for this app one week ago, so there is some really hard work in it for the past seven days. PW: So there is no plan to open source the project for now?

Z: Not for the moment. I have plenty of free time right now, so I’m implementing features (search mode, system apps filter, custom icons…) when users request them. I’ll release the source code on GitHub when I’ll stop actually supporting and updating it

According to the developer, the current implementation should work with every Samsung phone running One UI (thus older flagships, such as S9/S8 or Note 9/Note 8 are theoretically compatible with the app). Unless Samsung intentionally bricks something in future, the app would continue to work.

Z: The edge lighting with screen off issue has been the same since day 1, so I don’t think they’re gonna change its behavior anytime soon. OneUI is brand new, so I think we’re clear at least until the Q update

The original version of the app is now deprecated in favor of the second version. Plenty of bugs have been fixed already (like now you can pick custom icons for each app instead of a generic one), and the new app is currently holding a 4.1 rating based on 55 reviews since the release.

Interested users, especially Galaxy S10 owners, should visit the XDA discussion thread for further info. The current version of the app comes with a few ads, although they are not intrusive. Zunderstruck is also offering an ad-free experience with a $1.49 in-app purchase. 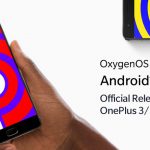 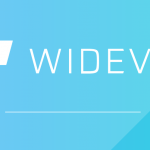 [Netflix vs. Poco F1] The curious case of Xiaomi / Poco and Widevine certification