But looks like that wasn’t all. Recently, a Warp Charge-related glitch has caught our sight. What’s appeasing is this problem has also got an officially confirmation from OnePlus staff at the company’s help forum.

Here’s how some of the complainants word the issue at OnePlus Community:

So I bought the new car Warp Charger but it’s really great at charging my new OP7Pro but I keep getting a notification on my screen asking me to set it up. I can’t get rid of the notification. Anyone know how? It won’t let me disable it by Holding it down either.

I have try to long press the notification or press the i but since it a Android system notification, it won’t let me do anything about it. When I drive, my phone ambient display is on permanently with the fingerprint and it distracting at night since the phone glow up. 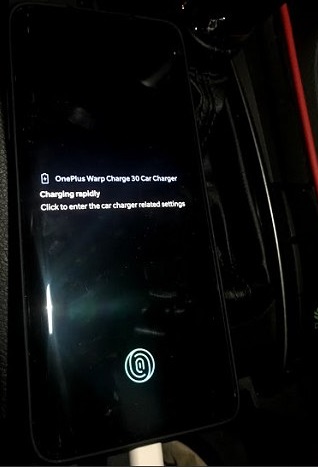 In addition, one of the affected user even shared small video clips of the setup notification that pops up on their phone’s screen while the device is plugged in through a car Warp charger.

As already mentioned in the beginning, the problem recently got addressed by a OnePlus staff member (also the Global Community Manager at OnePlus Community) saying a solution has been identified to resolve the issue.

SW team already came up with a solution and they are fixing the issue. 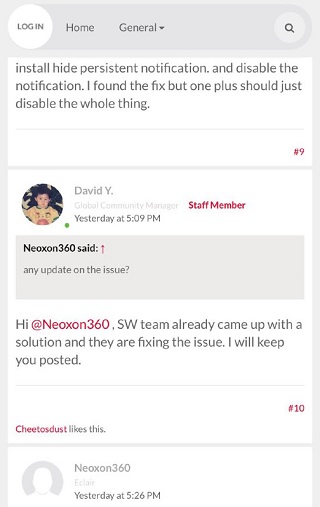 Considering the problem is already being worked on, hopefully the issue should be resolved soon. Rest assured we’ll let you know as and when the fix gets live.

Meanwhile, a user has shared that installing Hide Persistent Notification to disable the car warp charger notification is the workaround that helps. So you can also give it a try.

Going by the latest information on the matter, the problem will be fixed in the upcoming update. Until then, users are suggested to disable Ambient display.