It may sound fascinating, but you can always notice distinct patterns in the aftermarket modding communities of every popular gadget. Take the example of Nintendo Switch – many users faced permanent brick after jailbreaking and blindly installing a rogue custom firmware (CFW).

In the Android world, there are some predefined formulas that users need to follow like a sheep to get the ‘geek’ designation. Unlocking the bootloader, installing work-in-progress custom ROMs and bugging the developer(s) with/without proper logs – just to name a few! Another prime example is the Google Camera ports. Don’t get me wrong, the developers have done (in fact still doing) a marvellous job by porting the Pixel exclusive camera (often dubbed as GCam) app and associated post-processing features to third party phones. Thing is, the whole project is nothing but a proof of concept. The modders never promised to come up with a fully featured and stable Google Camera port for all non-Pixel phones.

This is not the typical app you find in the Play Store. There are no “universal settings”, some phones support all features while others don’t, it’s stable on some phones but crashes on others, and it’s updated regularly.

As a matter of fact, they need user feedback to fine-tune the parameters and integrate the missing features.

In order to improve photo quality, unlock new features, fix bugs on their phones, supporting new ones, etc, developers have to share their apks. Users are then able to test and provide feedback. Some of these versions work, some don’t. Some are better than others, and that’s why it’s important to be part of a community where everyone shares their feedback.

For Qualcomm Snapdragon powered phones, the porting quest is relatively easy. Google uses the same Snapdragon SoC in their Pixel phones, thus the raw image data are being processed by the Hexagon Digital Signal Processor (DSP) in both cases.

Very interesting addition to the @Qualcomm Hexagon DSP is the addition of a new dedicated Tensor core for #AI applications. #Snapdragon855 #SnapdragonSummit pic.twitter.com/J7S6W0pf9e

On top of that, if the target phone natively supports Camera2 API, things gonna be buttery smooth. Readers may recall that the Snapdragon variants of Galaxy S10 got almost working Google Camera port – even before retail release!

Galaxy S10/S10 Plus works great with GCAM!!!! from samsung

However, Exynos users are being treated differently.

In one of our previous articles, we explained the differences between the Snapdragon and the Exynos models of the Galaxy S10 series. In short, Samsung sells Exynos 9820 powered S10 models in all over the world, except USA and China.

As readers can speculate, the Exynos SoC comes with their in-house Image Signal Processor (ISP).

When you run a camera app and touch the shooting button on a display, billions of arithmetic operations are performed to generate better focus, exposure, white balance, color, noise reduction for an amazing photograph. This is what Image Signal Processor in Exynos does to take that perfect picture in a twinkle.

Samsung Galaxy S10 will use Samsung's self-developed world's first 7nm EUV dual-core NPU chip on Exynos 9820. One of the features of the AI chip is to enhance the camera and work with the ISP for the Galaxy S10 camera.

For this reason, porting Google Camera to the Exynos powered models is a extremely difficult task.

Veteran GCam modder IDan1109 put a lot of efforts to port the Pixel 2 camera app for the global Exynos Galaxy S9/S9+/Note 9. His mods are reportedly working on the Galaxy S10e/S10/S10+ as well, albeit features like portrait mode and automatic exposure are not working properly.

I agree. This one which is gcam5.1 from iDan works better and has much better quality than the gcam6.1.

Sent from my SM-G973F using Tapatalk

On the other hand, legendary Google Camera porter Arnova8G2 is trying to modify the Pixel 3 camera app for the Exynos powered models.

Night: same as day but

Super night: same as night but

The above explanation is shared by reddit user u/MyGirlTookMyWardrobe. He has also suggested that:

Now you have Gcam on your Exynos device, there are two things you can do now.

1. Don’t mess around with the settings and just use it as a shoot and go.

2. Clone the App and have two camera apps, one for day and one for night. Amazing members of the community have found near perfect settings to use on both day and night environments that produce better results.

Interested users should join the dedicated Telegram group for Exynos Google Camera ports and keep an eye on the XDA discussion thread. We will also expand this article when more developers start working on the Exynos port. 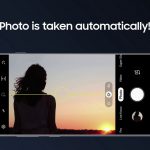