Unfortunately, it also brought multiple bugs and problems. For instance, here we have covered screen flickering reports, stuttering animations and others. 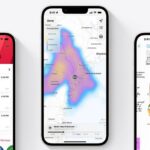 Another problem that iPhone users have been facing since the arrival of iOS 16 is a slow or laggy Tap-to-Wake feature.

Tap-to-Wake is basically the gesture that allows you to turn on the screen by touching it a couple of times, without pressing the power button.

Now, according to multiple reports, iPhone Tap-to-Wake behavior is slow or laggy since the iOS 16 update.

After iOS16, it takes a good 2 seconds for the screen to wake up after i tap it. With iOS15 it was almost instant. Anyone else noticed the delay? I’m on an iPhone 11 Pro.
Source

Delay with tap to wake after iOS16 update.

Anyone else notice this with a iPhone 12? When Tapping screen or the side power button to wake the phone it takes seconds for screen to show. Usually it was pretty instant. Could this be caused by a widget? Thanks for any feedback.
Source

The reports come from users of different iPhone models and generations running iOS 16. That indicates that the problem is not limited to some devices, but that the OS is the potential cause.

iOS 16.1 has been available for a few days as the latest iPhone stable update. It comes with some improvements and tons of bug fixes.

However, it seems that iPhone Tap-to-Wake sensitivity is not among the bugs fixed by Apple. Some users confirm that the problem persists even after updating.

Interestingly, it seems that even some Apple Watch users are dealing with the same glitch.

That’s a letdown. I am having the same issue. On the Apple Watch too.
Source

There is no official acknowledgment of this issue from Apple yet. There is also no workaround to help fix or mitigate it. We will update this story as events unfold.

09:53 am (IST): Some iOS 16.2 iPhone users (1,2,3,4) continue to experience difficulties while unlocking their devices, which results in a little delay before the phone wakes up and can be used.

[Updated] Reddit down and not working, service unavailable (error 503) outage