Apple has always put extra effort into animations and gestures on the iPhone. They help provide smooth transitions between screens, improve app usability, allow users to smoothly navigate between applications, and much more.

However, there are now some animation-related problems affecting a lot of iPhone users.

According to reports, a screen or animation stutter issue is affecting the user experience for many iPhone users (1,2,3,4,5,6).

Several iPhone users say that when they swipe up to return to the home screen, there is a small delay or stutter in the animation.

The frequency with which this occurs also varies. Some iPhone users say it occurs regularly, but others say it does not. It also fluctuates from a minor hiccup to a significant delay on the screen during the animation.

It’s a frustrating problem since it impacts an animation that a user sees numerous times each day. According to reports, this issue is not limited to a particular application or iPhone model.

Anyone experiencing weird stutter animation when swiping up from any app to return to home screen in iOS 16? (When apps are minimizing on home screen) My new 14 pro max started doing that yesterday very often
Source

Running iOS 16.0.2 on iPhone 14 Pro Max (512G).When I open an application (random) and use it for a while, there will be a lag when I swipe up and close it. If I immediately reopen the same application and close it, the same problem will not occur. This doesn’t happen every time, but from time to time.
Source

Many impacted users have claimed that restarting their iPhones temporarily resolves the problem. However, it returns after a while and becomes more frequent with time.

This problem initially appeared in iOS 14, however it was subsequently fixed. However, it has reappeared with the iOS 16 release.

We hope Apple releases a patch to address this issue as soon as possible because it impacts the day-to-day usage of the iPhones.

Having said that, we will keep an eye out for future developments and update this article accordingly. 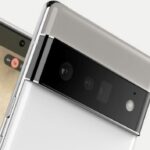 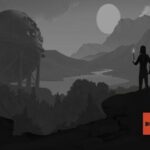