But that doesn’t mean it is immune to bugs and issues that meddle with the user’s experience in different ways. For example, the iOS 16 update saw many reports related to ghost touch issues and the AssistiveTouch button.

That said, some iPhone users (1, 2, 3, 4, 5, 6) are now reporting an issue where they are noticing a constant flickering on their screen after updating to iOS 16.

Have anybody noticed slight screen flickering, while typing? (iPhone 12, bought 1,5 month ago) It’s especially noticable on lower screen brightness, on grey screens (like in translate app) I’m pretty sure it wasn’t present on iOS 15.
Source

I just updated to iOS 16 the screen flickering on black colors is still there, I can’t believe after 2 years they still can’t fix it. Why is this problem not widespread it’s driving me crazy I bought 2 expensive phones and I can’t watch videos at night the last 2 years
Source

It seems that the issue is primarily related to the iPhone models with an AMOLED display like the iPhone 13, iPhone 12, and iPhone 11 Pro/Max.

It is surprising to note that the issue occurs only when the screen has low brightness or on apps with a gray/dark background. For some reason, iPhone screens also flicker while typing on a keyboard.

Two days ago I updated my iPhone 11 Pro Max from iOS 15.6 to iOS 16.0. Ever since I updated, a weird flickering issue popped up, most noticeable when typing and in grey backgrounds.
Source

The fact that this issue was later addressed points to the possibility that the iOS 16 screen flicker issue will also be fixed with a software update.

Unfortunately, there’s no well-tested workaround at the moment, so the best users can do is try restarting their phones or embrace the age-old option of resetting to factory settings.

Purchased a brand new iPhone 13, facing the exact same problem. The device came with iOS 15 and it didn’t have this issue. I have also reported the same to apple as a bug report and spoke to Apple customer support. It’s disappointing that iOS 16.0.3 didn’t fix this issue.
Source

06:55 pm (IST): Some users are now reporting that their iPhone 14 started flickering and even went into third gear with rainbow screen of death.

However, a user has confirmed that the flickering issue has reportedly been fixed in iOS 16.1 beta 5. So, you can try updating your iPhone to this beta and see if the issue is resolved.

03:08 pm (IST): According to some users, the screen flickering issue has been resolved in the latest iOS 16.1 update. 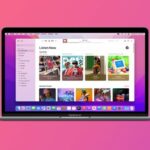 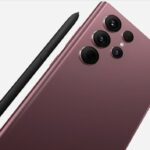