Android 11 was unveiled back in September and as expected, Google’s own devices already run this new version of Android.

Other Android phonemakers are working on their respective Android 11 skins and you can check out our dedicated tracker for most popular OEMs here.

Even then, it looks like Google is already looking ahead, planning things to do with the next version of Android, Android 12.

Since new Android versions are often unveiled every September-October, Android 12 is still a whole year away so whatever we know now has got to be taken with a grain of salt.

So what do we know about Android 12 so far? Well, we know that Google will call it Android 12 if recently published material is anything to go by.

In a blog post published on Android Developers’ forum titled ‘Listening to Developer Feedback to Improve Google Play’, the company makes mention of the next version of Android.

some developers have given us feedback on how we can make the user experience for installing another app store on their device even better. In response to that feedback, we will be making changes in Android 12 (next year’s Android release) to make it even easier for people to use other app stores on their devices…
Source

In the same publication, Google goes to explain how it plans to make Android 12 a lot more open by building tools that will make it easier for third-party app stores to work well.

Some other features and improvements rumored to be coming in Android 12 include scroll shot feature, better cloud backups, more restrictions to background app killing, more refinement to the gesture navigation, and improved third party launcher support.

More info on everything we know about Android 12 will be added below so stay tuned.

It comes with version S3B1.220218.004 and brings improvements to functionalities and user experience along with bug fixes and March 2022 security update. Users who are currently running Android 12L beta will be automatically updated to QPR Beta 1.

03:09 pm (IST): Google has announced that it will allow Pixel users to opt-out of the Android Beta Program at the end without wiping their data. More on that here.

06:27 pm (IST): Google is now taking feedback from Pixel users for the Android 12 QPR3 beta update via a survey. Those interested can provide their feedback here.

10:00 am (IST): Google is now rolling out the Android 12 QPR beta 2 for eligible Pixel phones. This beta update includes some bug fixes.

10:38 am (IST): The latest Android 12 QPR3 Beta 3 is now available for eligible Pixel devices. This build includes some bug fixes and improvements. Here’s the full changelog:

– Fixed an issue on Pixel 6 Pro devices where a white line sometimes flashed on the screen after waking up a device that was not configured to always display time and other info on the lock screen.

– Fixed a keystore issue that caused the NHS COVID-19 app to crash when launching.

– In some cases on Pixel 6 and 6 Pro devices, the system crashes when the user tries to take a picture using the camera.

– In some cases, the Google Camera app icon in a device’s personal profile erroneously displays a work profile indicator. (Source)

10:27 am (IST): Google introduced a Pixel battery widget for Pixel devices with March 2022 update. But it was too complicated to find the settings for this widget.

However, in the Android 12 QPR3, the Pixel battery widget can be accessed from a dedicated ‘Battery’ option in the widget list. More on that here.

05:09 pm (IST): Google has received prestigious iF Gold Design Award for the Material You and dynamic color theming in Android 12. More on that here.

01:44 pm (IST): Google has recently updated its chart that shows devices running different Android versions in percentage. However, this chart still does not include the percentage of Android 12 distribution. More on that here.

12:12 pm (IST): Google has concluded the Android 12 QPR3 beta program. And users who enrolled in it can opt-out of the program after installing the June 2022 update. More on that here.

09:39 am (IST): Google has announced that its Switch to Android app now supports all Android 12 devices.

So, if you plan to switch from an iPhone to an Android 12 device, then you can transfer all your critical data to the Android device using Switch to Android app. 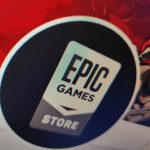 [Update: June 30] Epic Games Launcher down or not working? You're not alone