I have never had any issues with companies copying features from one another. Of course, no one wants the bad stuff from the other side of the divide, which is why not everything often makes the switch.

Google and Apple are classic examples of this scenario, with the two tech giants having had to copy a thing or two from the other. We all know what reception iOS and Android fans usually have.

This was the case when Apple introduced widgets in iOS 14, where plenty of iPhone users were on the receiving end from Android users who saw this as a late move.

But not long after, some Android users agreed that widgets on iOS 14 were quite the thing. In response, Google started pushing more and better widgets on Android 12 earlier this year.

Besides Google Chrome, Spotify is also known to be preparing a revamped widget for its music player.

Google Photos has also been confirmed to be in line for a similar treat thanks to an APK teardown by XDA Developers a few weeks ago. The home screen widget, which showcases your images from down memory lane, has been unofficial all this while. But according to fresh reports, it seems things are beginning to take shape.

Dubbed Your memories, the Google Photos widget is now beginning to appear on the home screens of some Android 12 beta testers, at least according to reports surfacing from Telegram.

Below is a pair of screenshots that have been shared on Telegram showcasing the arrival of Your memories widget on the latest version of the Google Photos app.

Of course, being an early version of the feature that is also still limited to Android 12 beta, only a few Google Pixel owners have been able to get their hands on then function.

Luckily, one user has shared a video of Your memories widget in action, and we also have it below.

Since the function is still limited to Android 12 beta testers, it will take time before everyone gets it, perhaps later this year, so having some patience is advisable for now. 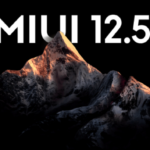 MIUI 12.5/MIUI 12 missing background blur in folders & option to take partial screenshots? Here's how to add them back