Just about every smartphone sold in the U.S. comes with only one SIM card slot. Dual-SIM smartphones are unheard of in these parts of the world, but they are far more common elsewhere.

Check in to a Verizon Wireless shop and you’ll walk out with a Samsung Galaxy S10 with a single SIM slot. Try the same somewhere in India or Europe and you’ll get an S10 unit with two SIM card slots.

You think having a dual-SIM smartphone isn’t a necessity? Wait until you meet devices like Coolpad Mega 3 and Acer Liquid E700 Trio (E39) with triple SIM card slots or even some with quadruple SIM slots.

While having multiple SIM card slots in a phone is a boon for people who travel overseas frequently, there is absolutely no reason to stress over hunting down one of these triple or quadruple SIM phones, but the desire to have dual-SIM support in phones is certainly there.

As you would expect, there are different variations of how smartphone makers offer dual SIM slots in their handsets. Some have two physical SIM slots, sometimes of different sizes, while others, like in the case of the Google Pixel 4 and Pixel 3a, have a physical SIM slot and an eSIM.

The Google Pixel 3a gained support for dual SIM dual standby (DSDS) via the update to Android 10. The feature was briefly enabled for the Pixel 3 in Android Q beta, but later disabled after the stable version arrived. To date, it’s unknown whether it will get a life on the 2018 sets.

As for the Google Pixel 4, all evidence points to support for DSDS out of the box. The official specs sheet confirms this feature and so does the listing on Best Buy and the retail box, which has two IMEI numbers to go with each SIM card slot. Heck, the Google Pixel 4 DSDS support has even been confirmed by a Google Product Expert in the official support forums, but your carrier must support the eSIM feature in order to make use of it, otherwise, you’ll be limited to using the single Nano SIM slot.

Yes, the Pixel 4 does support DSDS just like the pixel 3a. The eSIM can be used with Google Fi or other carriers that support the feature. Check with your carrier if it’s available.
Source

For some reason, though, it looks like there won’t be Google Pixel 4 DSDS support for Verizon Wireless users. This is according to Verizon support on Twitter, who claims the device isn’t dual SIM compatible.

No, the Google Pixel 4 is not dual SIM compatible.

Although Google Pixel 4 DSDS seems to be a thing, its likely that the feature doesn’t play nicely with some carriers. This is perhaps the same case that necessitated the warning in the Google Pixel 3a docs about the feature not being able to work with all carriers.

Some combinations of SIM networks don’t work well together. If you see a notification that says “Voice unavailable” or “Voice interruptions,” the networks on your two SIMs are having trouble working together.
Source

It remains to be seen if the Google Pixel 4 DSDS feature will work on all models – and countries for that matter. What seems forthcoming is some carriers standing in the way of the feature since it allows device owners to insert a second SIM card in their phones, something they obviously don’t like.

We will keep an eye on future Google Pixel 4 DSDS developments and update this post. Stay tuned to our Google and Verizon Wireless sections so that you don’t miss this update and more related stories.

The Google Pixel 4a 5G and Pixel 5, like the Pixel 4 and Pixel 3a before it, also support Dual SIM Dual Standby (DSDS) feature out of the box, but this only worked for 4G networks.

With 5G, Pixel 4a 5G and Pixel 5 users had to disable one SIM card, something that ends with the update to Android 12 developer preview 1. 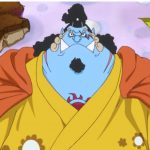 One Piece Chapter 959: Will Jinbei finally Reunite with the Straw Hats in Wano?