It was good news for Samsung Galaxy Watch 4 owners when the company released a press statement confirming the arrival of Google Assistant support on the wearable.

The Google Assistant update had been coming for ages. It was first confirmed during the launch of Wear OS 3 when Google and Samsung promised to bring more Google apps to the Galaxy Watch.

Before this recent development, Samsung Galaxy Watch 4 owners only had access to Bixby digital assistant. Not everyone’s a fan, but there was no alternative. This had been ongoing since the launch of the wearable back in August 2021, which obviously left many frustrated. Even so, Google and Samsung kept giving Watch 4 owners hope that Assistant support wasn’t forgotten.

However, they had to wait until February this year to get the first glimpse of Google Assistant on their Galaxy Watch 4 units.

Even so, Samsung still pointed out that it would take “months” before the Watch 4 got support for the digital assistant, perhaps somewhere this summer.

For a feature that had been highly anticipated by Wear OS 3 users, it was quite disappointing that Samsung had no clear indication as to when it would be available for its latest wearable.

Make no mistake. This isn’t the first time Google Assistant is coming to Wear OS. The digital assistant is already supported on the older Wear OS 2, only that it has never been great to use.

Besides the issues with reminders and errors when given commands, the underpowered hardware on Wear OS 2 devices meant that Google Assistant was often laggy, even when handling the most basic queries.

With Samsung Bixby’s usefulness nowhere near Google’s Assistant, many were indeed thrilled when Samsung promised to bring support for Google Assistant to the Galaxy Watch 4.

Thanks to the superior hardware on the Galaxy Watch 4, many across the globe were relishing the prospects of a faster and more responsive Google Assistant that should be nowhere near the experience on Wear OS 2 devices.

After all, the Galaxy Watch, just like other Samsung products, has a superior global reach than smart watches from other vendors. But unfortunately, and in typical Google fashion, official Assistant support is limited to just 10 markets at launch.

I know that future expansions are expected. I’m also aware of cases where Galaxy Watch 4 owners in some markets have managed to get Google Assistant up and running on their units.

However, this requires changing their language settings to any of those supported. You can also install it manually using an APK file, but there’s no guarantee it will work for you.

But why go through all these hassles just to enable Assistant support on the Watch 4, especially after waiting for official support to arrive for nearly a year?

It’s possible the limited support could be tied to the number of languages Assistant currently supports. But since languages like English and French are spoken in multiple regions, there was no reason for limiting the launch to a handful of markets.

Samsung Galaxy Watch 4 users had been waiting for Google Assistant support to arrive for over 8 months, and it’s simply not good enough that Google is making it available in a mere 10 markets for a start.

Unlike Google products, Samsung products have a far wider reach across the globe, which made launching Assistant in more than 10 markets a no-brainer. 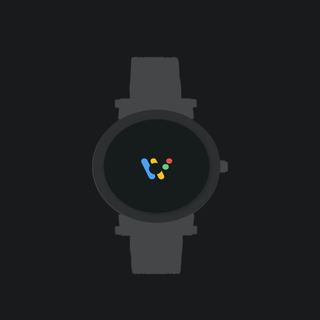 I wouldn’t be surprised if the upcoming Pixel Watch has such a limit for Google Assistant support. After all, it fits the bill since Google products are only sold in a handful of markets. This isn’t the case for Samsung, which has its products all over the world.

But as noted earlier, I still expect to see support expanding to other regions. My only fear is that it could take yet another long wait to make it official in unsupported regions where the Galaxy Watch 4 is also sold.

I hope I’m wrong. And you can also chime in with your views in the comments section. We also have a Twitter poll that shall end after a week, so be sure to cast your vote now.

[POLL] Have you installed Google Assistant on your Samsung Galaxy Watch 4?

The results for the poll are out, with all those who voted saying they have indeed installed Google Assistant on their Samsung Galaxy Watch 4. In case you missed the poll, you can share your thoughts in the comments section at the bottom. 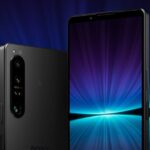