[Update: May 10] Android 12 update hides status bar vibrate mode icon on Pixel phones, unless you pull down the notification shade

Ever since the launch of the Pixel 6 lineup featuring Android 12 out of the box, Google’s latest operating system has been praised and hated by many.

While Android 11 was not a notable upgrade in terms of UI, it did introduce huge under the hood changes. Having said that, Android 12 focused on UI and brought in some of the biggest changes in years. As expected, no software is perfect and this is also the case with Google’s latest. Ever since its launch on October 4, we have been actively looking for bugs affecting those on Android 12.

For example, Google Assistant seems to be broken or does not work for many after they updated to Android 12. Also, it looks like some bugs like volume control not working when casting issue made it through the beta and into the stable release. On that note, many Android 12 users are now reporting that the OS hides the status bar vibrate mode icon for those on Pixel devices. This is really annoying since users are unable to determine if their phone is on vibrate or not.

Some say that the icon pops up for them half the time while it disappears for the other half. This suggests that the disappearance of the vibrate mode icon is not an intended change but a bug.

However, the icon is visible when they pull the notification shade. Also, it can be checked via the volume control panel that pops up when pressing a volume button. The bug was earlier reported during the testing of Android 12 Beta but it looks like the developers forgot to fix the same.

Just updating my Pixel 5 to Android 12 and it looks pretty similar to the latest beta, but I noticed the vibrate icon isn’t in the status bar, but it is there if you pull down the notification shade. However, DND icons and the full-silent icon do appear. Is anyone else seeing this?
(Source)

Anyone else not have an icon on their top bar showing whether their notification sounds are either on, off, or on vibrate? I had my notification sound off all day and kept wondering why I was missing my calls and texts. Back in Android 11 you would have a little icon on the top of your screen to let you know what setting you were on. Android 12 has nothing like that. Really hope they put that icon back.
(Source)

For those who often switch between vibrate and silent mode, it is quite an annoyance since they might miss an important call thinking it was on normal mode.

With Google yet to clarify if it is a bug or an intended change, it’s hard to say if the vibrate icon will ever make a comeback to the status bar. That being said, we’ll keep an active track of the developments on this one and update the story as and when required.

IST 12:43 am: New development now suggests that Google could be working to add the Vibrate icon back to the status bar.

04:05 pm (IST): The latest Android 12 QPR3 beta 3 has added a toggle to enable the vibration icon on the status bar. This ability was taken away in the Android 12 update.

[Updated] Instagram showing old posts on feed for many, but there're some workarounds 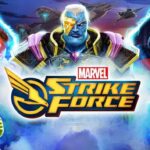