Although the Pixel 6 series was praised for its refreshing design, upgraded camera and in-house developed SoC, Google has had some issues with pre-orders getting delayed by a lot.

And if you thought that availability was the only issue Pixel 6 enthusiasts were facing, we hate to tell you it’s not the case. Some users recently reported the fingerprint sensor on the Google Pixel 6 series is not working well.

Some attribute the issue to Google’s lack of experience in implementing fingerprint unlock. The issue is amplified by the lack of a face unlock feature.

Moreover, a few days ago, Pixel owners who upgraded their devices to Android 12 Beta reported that the volume controls did not work when they were casting.

While the issue was escalated to developers and included in the official bug tracker, it seems to have slipped by with some saying that the issue made it to the stable release.

Since the Android 12 update, I am no longer able to change the volume of a device I’m casting to. In Sound settings I can see the Cast Volume slider but it is greyed out. It means going into the app I’m using every time to control the volume. I see this was a Beta problem but seems to have followed over to the main release. Unless anyone has a solution?
(Source)

Experiencing same issue. YouTube Music the casting volume works only within the application (but you can’t see the actual slider bar) when using phone volume rocker. All other applications while casting the volume controls are not recognized with the media volume controls and phone volume rocker. No way to control volume without going directly to device speaker.
(Source)

As it turns out, the issue where users were unable to control volume controls when not in the casting application is not a software bug but a legal issue. Speculations suggest that it is part of the tussle going on between Sonos and Google.

In Android S, we temporally disable the volume key events for remote playbacks (Chromecast). We will re-enable it in SC V2.
(Source)

There was a legal issue that I cannot share in public place. I don’t think there is an workaround in Android 12, and still working on it. Once it is fixed, this bug would be closed.
(Source)

Pixel device owners were frustrated since the volume controls did not appear outside of the casting application. Having said that, it looks like Google resolved the legalities concerning the same and said that the issue will be fixed in the Android 12.1 update.

10:36 am (IST): Google has finally re-enabled the cast volume controls on Pixel phones in January 2022 update. This means that it likely doesn’t violate any patent or the company settled its legal matter. 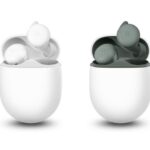 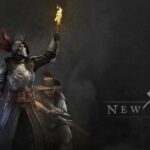