Based on Gentoo Linux, Chrome OS is Google’s very own operating system. It is based on Chromium OS and makes use of Google Chrome as its default user interface.

Initially released in 2011, Chrome OS runs web applications. Some Chromebook users recently reported random black/dark screen issues while others complained of Chromebook print issues with the right side of page being cut off. 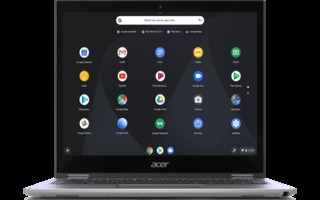 The issue is mostly reported by those trying to set up their new Chromebooks. Some say they were able to reproduce the issue by connecting to their phone’s hotspot.

As a temporary workaround, users said they had to log in to the guest account and access the internet. This indicates that the issue lies with Chrome OS itself.

so I bought the Lenovo flex 5 Chromebook and I having an issue where the “network is unavailable” but its connected and stuff and I cant go further than guest mode. I’m new to this and I’m assuming that it was broken since the start because when I was buying it, it said open box so I think the previous owner had the same issue
(Source)

I encountered the same problem, “network not available” during setup, and have internet in guest mode. Mine is a new thinkpad C13 chromebook. OS version was 90, used USB recovery tool to force flush OS version 93 to it, still have the problem.
(Source)

I’m attempting to set up a new Lenovo Duet, however after connecting to my wifi, it will sit on the “Determining device configuration…” screen for ~30 seconds, before giving me a “Network not available” error. Connecting to my phone’s hotspot reproduces the error.
(Source)

A Diamond Product Expert on the Google Community forum said that he has received several reports of Chrome OS Wi-Fi Network not available issue and said he will escalate it to the team concerned with the same.

Actually, there are other reports coming through with this issue so I shall escalate it to the team.
(Source)

In the meantime, many Chrome OS owners are forced to use the guest mode if they want to access the internet on their Chromebooks. We hope Google fixes the issue as soon as possible since it is rendering many devices unusable for many.

When Google fixes the issue, we will update this article so make sure you keep checking this space for more information.

05:38 pm (IST): A community manager on the support forums confirmed that the issue has now been resolved.

Thank you for raising this thread to our team and this issue is now resolved. You can now attempt to enroll your device. If you continue to experience this issue, please feel free to send us feedback. (Source)

This has been backed up by a user too who confirmed that the problem was fixed.

Thankyou team Google. The issue is now resolved in my chromebook and I was able to sign in. To all who’s issue has been resolved please come here and tell people about it. It’ll help them. (Source)

04:09 pm (IST): Although the issue was said to be fixed earlier, it looks like the issue wasn’t actually fixed. Several users are still reporting network not available error when setting up new Chromebook 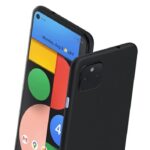