Chromebook screens are going dark/black for many users, and there is no known reason behind this behavior. For some users, the brightness randomly gets too low on its own. While for others, it goes completely black.

As a result, there have been several complaints about the same on official Chromebook forums, as well as on Reddit.

Chromebook screen goes black when watching reddit clips. When hovering over a reddit clip to watch my chromebook goes on and off and stops the video until I scroll down. (this doesn’t happen on any other website) anyone know what causes this? And how to fix it? Thank you.
Source

My screen keeps going dark and I can’t do anything until I shut it down and start over. It keeps on happening every time i turn it on
Source

As apparent from the above complaints, the dark screen and the black screen problems, although similar in nature, seem to be two separate issues.

The dark screen issue seems to occur at random times. And when it happens, the only known fix for it is to reboot the laptop.

However, the black screen bug does have a known action that triggers it. Users report that their screen starts jumping between a normal and a black state constantly, when they come across some video on a website.

After blacking out a few times, the Chrome OS seems to crash, and the web browser complains of having been shut down unexpectedly.

Scrolling away quickly temporarily fixes the issue though. The reports also say that they are only able to reproduce the issue on Reddit.

Product Experts from Chromebook forums seem to think that the black/dark screen issue on Chromebook is hardware-related, and requires repairs through the device manufacturers.

That sounds like the backlight on your screen has failed. If that is the case, your device will need a new backlight or a new screen, and those usually require a visit to a repair shop. If your computer is still under warranty, the repair should be covered.
Source

You should contact your Chromebook’s manufacturer for repair options. There is something wrong.
Source

We are not quite sure if it truly is a hardware problem though, since the issue occurs only on specific use-cases. Also, several users say that the problem only began after a recent software update.

For now, there are no known working fixes for the matter, apart from the below-mentioned generic ones.

You can also make sure that the brightness-adjustment key isn’t malfunctioning, causing the display to dim on its own.

With that being said, we will continue to track the black/dark screen issue on Chromebook for further developments.

If you are aware of any workarounds, or know why the issue is occurring, then please inform us about the same in the comments below.

In yet another strange occurrence related to the Chromebook, users are now reporting that their laptops boot up fine, but trying to log in brings up a white screen that eventually turns into a black screen for some seconds before displaying a Google Chrome new tab page.

According to a Google Support Community Manager, the issue where users were getting a black screen on their Chrome OS device after logging in has now been resolve months after it was first reported.

The issue that caused users to see a black screen when they log into their devices is now resolved.
Source 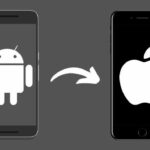