Google Chromebooks are popular because of their integration with other Google services. They are highly optimized for Google apps such as Gmail, Google Calendar, and Google Drive, all thanks to Chrome OS.

All Chromebooks run on Google’s own in-house operating system, Chrome OS. It uses the Chromium OS at its core while the Chrome web browser is its principal user interface. That being said, Chromebook users are reporting a new bug with Chrome OS. The latest update to the Chromebook has apparently broken the print function for many, which is a serious issue if you happen to run a business.

Users report that the right side of the page cuts off while the left page has large white space when they try to print a page.

A lot of people have complained about the same on Google Support, which indicates that the issue lies with Chrome OS. However, the bug seems to be mostly affecting HP printers.

I am getting the same thing, which I have mentioned in another thread. It is 100% not my printer and most definitely happened after a ChromeOS update. It prints the same documents fine from my Windows laptop and also my Pixel 5 phone. I am using a Lenovo Flex Chromebook and HP Envy 4520 printer. I have reported it to Google. Hopefully, we will get a fix soon. Personally, I need it to print out business paperwork.
Source

I have the same issue of the right and bottom being cut off and have tried everything. Personally, if I save the document as a pdf and then email it to myself, I can print it with no problem then from my phone. Terrible solution and extremely frustrating problem. Hope this gets worked out soon.
Source

As a result, Chromebook owners have started using their phones for printing pages. Business owners who need to print hundreds of pages in a day are also frustrated by Google’s lack of resolution.

In the meantime, we have some workarounds that might help fix the print issue on the Chromebook. The Chromium Dev Builds (M92) has this issue and was acknowledged by Google. It is available on the beta channel with some users suggesting that the issue has been fixed.

Chrome OS 93 will make it to the Stable channel on September 7th. Before it is released, the only method to fix the broken print function on Chromebooks is to update to beta version of Chrome OS 93. Here’s how you can do it:

Open your settings (Click on the clock in the corner and then click on the settings gear).
Click on the menu icon in the upper left corner of the settings window.
Scroll to the bottom and click on “About Chrome OS.”
Click “Additional Details” at the bottom.
Click on the “Change Channel” button.
Select “Beta” and continue.
This will start the OS update process and when it is done installing, restart the computer to apply the update.
Source

In case you are facing issues with the print function on your device, this is your best bet of fixing the issue instantly. Otherwise, you can wait for the release of Chrome OS 93. We will update this space if and when Google releases an update, so make sure you stay tuned! 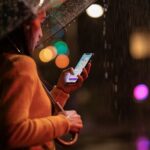