COD: Warzone is one of the most popular battle royale games out there. Its agile gameplay and its free-to-play format attracted the attention of millions of players worldwide since its launch.

However, its players are constantly encountering bugs/glitches that affect the game experience, many of which have been reported here (1, 2, 3, 4, 5, 6).

Now, the most recent reports related to issues in COD: Warzone are related to the tracking of the Welgun Unlock Challenge. Also, there is a bug with the Welgun camo that doesn’t allow players to use it.

According to multiple reports, the kills to complete the Welgun Unlock Challenge are not tracking for many players. So, they are unable to get the weapon.

The new Welgun SMG challenge is bugged for me

I have been trying to unlock the new Welgun SMG in Plunder but it is not tracking. I played 3 games and definitely got more than 10 ads kills with an SMG, but no luck at all. Is it not suppose to track in Plunder (VG MP only)?

Is anyone else having the same issue?
Source

Don’t own Vanguard, so I decided to do the kills in Plunder, Used an MP40, got 10+ ADS kills, waited for the match to finish, checked progress, still 0/15. Went into rebirth and got at least 10 kills with the same MP40. Still didn’t track. Is this happening for anyone else?
Source

Raven Software (the developers of the game) confirmed that they are already aware of the bug. They reflect this on their Trello board as one of the issues pending to be corrected.

There is another reported bug related to the same weapon. According to several players, there is a glitch with the Welgun camo that prevents it from being equipped, since it cannot be chosen (1, 2).

Can’t select a camo on the Welgun

I’ve leveled up the Welgun and got the golden camo for it today on Vanguard. After this I switched to WZ and noticed that I can’t select a camo on it… Is it bugged? Are there people who have bought the blueprint and tried to put on a camo there?
Source

At the moment, there doesn’t seem to be any official company recognition for this glitch. So, it only remains to wait for new updates related to a future fix.

Once new developments on the matter emerge, we will update this article. Finally, you can also check the bugs/issues tracker dedicated to COD games. 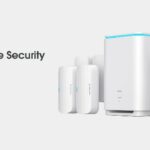 X-Sense Home Security System: A small price to pay for a secure home