Dead by Daylight is a unique 4v1 horror multiplayer game that places one player in the shoes of a savage killer who is hell-bent on sacrificing other players to an evil spirit known as the Entity.

The others, who are known as Survivors try to escape the clutches of the killer and avoid being caught by him. Since the killer is basically invincible, survivors have the advantage of playing the game in the third person.

The game was launched in 2016 and is developed and published by Behaviour Interactive. The developers try to keep the game fresh by adding and balancing characters and in the form of various events.

However, this sometimes leads to some bugs and glitches that ruin the gameplay experience. Recently, an unintentional update broke the matchmaking system on the Xbox Series S/X. Some players also complained that they were seeing the same outfit in the lobby and a bug with Jill’s face that made her look old and weird.

Having said that, it looks like a bunch of new issues have surfaced. Many Dead by Daylight players are reporting that they are stuck on an infinite loading screen. While it is still unclear why players can’t get past the loading screen on consoles, it is clearly leading to a lot of frustration amongst players.

They say that all they can see is the Dead by Daylight logo with no way of getting past it. Closing the game and restarting doesn’t seem to be working either.

You might’ve fixed the connection to the store issue, but the infinite loading screen is still there! And I was going to buy some DLCs but I don’t think I’ll be spending my money on this garbage game. Every new patch makes the game unplayable
(Source)

And as if that wasn’t causing enough trouble, those who could get past the loading screen are now facing an issue that causes Dead by Daylight to crash whenever they try to heal with the boon totems.

Again, it is still what is causing the game to crash when players heal in the boon totem’s radius still remains unknown.

Players say that the root cause of these issues is the new update that dropped a while ago. However, the crashes seem to be persistent whenever players heal themselves using the boon totem.

I played some games today and most of them someone DC’ed, I tought they were just salty then one game I started self caring in a Boon’s range and my game crashed, just curious if anyone have been seeing or if it happened to someone
(Source)

The new update is here. Time for some fun!… or so I thought. I decided to have some fun playing Huntress however, I’ve crashed three games in a row when in the radius of a boon totem. I’m on a base ps4 console. Anyone else have consistent crashing and is there anything I can do to avoid the crashes.
(Source)

Dead by Daylight developers are yet to acknowledge the issue. When they fix the boon totem crashing issue along with the infinite loading screen problem, we will update this article to reflect the same.

12:38 pm (IST): Behaviour Interactive has confirmed that they are aware of the infinite loading screen issue and are currently investigating the problem.

The team is currently investigating an issue which is causing extraordinarily long / infinite loading screens. Since this bug happens sporadically, we would greatly appreciate any info that you could provide that may aid us in our investigation. We’re on the lookout for any trends that may contribute to this bug happening. (Source)

12:34 pm (IST): The support team has deployed a tentative fix for infinite loading screen issue to Steam. If it works, then the same fix will also be available for other platforms as soon as possible.

01:09 pm (IST): Many Dead by Daylight players have voiced their opinions (1, 2, 3) that Behaviour Interactive should extend the event due to the infinite loading issue that’s preventing users from taking part in it.

Do you think the event should be extended too? Share your opinion below by voting in our poll (the results for which will be shared after a week):

1:19 pm (IST): The poll results are here and a majority of (69%) you agree that the Halloween event should be extended while 17% feel otherwise. 14% of you guys think this doesn’t matter.

3:19 pm (IST): Fresh complaints from users about the infinite loading screen continue to flood Twitter but there’s still no ETA for a permanent resolution. 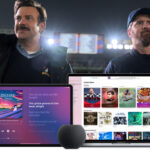