Assassin’s Creed: Valhalla is the twelfth installment in the popular Ubisoft Assassin’s Creed franchise. It puts players in the shoes of a Viking who sets out to England to find a new home and alliances.

Ever since the game came out in November of 2020, players have been addicted to the game with some reviews touting it as one of the best Assassin’s Creed games to ever come out.

In the last few days, Assassin’s Creed Valhalla has managed to stay under the limelight for all the wrong reasons. With the developers recently releasing the second DLC, things went downhill since it introduced a lot of new bugs. Recently, players reported an issue with the game not giving trophies or achievements and a new quest popping up every time players interact with the world.

And it looks like we have another one to add to the list. According to recent reports, Valhalla players say they are unable to downgrade or upgrade their pants at the blacksmith.

While it does not prevent the player from wearing pants or affect the combat in any way, it sure is frustrating for those looking to make upgrades.

It looks like The Siege of Paris update messed up the game that resulted in the pants disappearing from every Blacksmith in the game. The issue is clearly reflected in the video below:

Hey, I am not seeing a way to enhance pants in the game. Anyone else having this issue? Everything else can be upgraded. Checked again to see if I was tripping. The pants section is completely gone in Gunnar and other smiths’ shops. It’s not in Enhance, Downgrade or Change Appearance.
(Source)

I’m playing AC Valhalla on PC. I have encountered an issue where I can no longer upgrade, downgrade, or change the appearance of my pants as the entire pants section is missing at the blacksmith. This issue started once I got ‘The Siege of Paris’ dlc and affects all blacksmith locations.
(Source)

Fortunately, Ubisoft has acknowledged the issue where pants cannot be enhanced or downgraded at any Blacksmith. However, there is a workaround that has worked for many.

Players say in order to upgrade your pants at Blacksmith, all you need to do is equip the pants you want to upgrade and enhance the gear from the “Currently Equipped” section and repeat the same for others.

Ubisoft developers also added that they have found a fix and will be including it in a future update. However, they did not share any ETA for the same.

We will update this article when Ubisoft fixes the Assassin’s Creed: Valhalla missing pants at Blacksmith issue, so make sure you keep checking this space.

11:32 am (IST): A Ubisoft Support Staff has since shared a potential workaround to this issue and according to the feedback, it helps relieve the issue.

There is a workaround though. Let’s say you have three “Pants” items you want to upgrade from Flawless to Mythical. The workaround is to equip one of them, open the Blacksmith, and Enhance the gear from the “Currently Equipped” section, then exit the Blacksmith, equip the next one, and repeat.
Source

NOTE: We have more such stories in our dedicated Ubisoft Section so be sure to follow them as well. 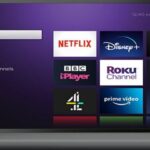 [Updated] Spotify app not working or disappeared from your Roku device? You aren't alone 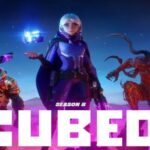