Roku offers many streaming players and smart TV devices making it one of most used brands. However, several issues have been spoiling the user experience lately.

Among them, the issues where Alexa and the YouTube TV app are not working on Roku devices. Now, it seems more issues have been bothering some Roku users.

As per several reports, Roku users are facing issues related to audio playback/dropouts with HE-AAC/AC3 files.

It seems that the issues started occurring after the Roku OS 10 update. Some users are even reporting that they are hearing loud clicking/buzzing noise in the audio with Roku Media Player.

However, it is unclear whether these issues are indeed related to Roku OS 10 or not since the OEM hasn’t made any comments on the matter so far.

This is inconveniencing Roku users as they are unable to enjoy the content which has HE-AAC/AC3 audio format because of these playback/dropout issues.

Since Roku has not yet acknowledged or addressed the issue, users seem to have found a workaround on their own.

It appears that changing the Audio mode for Roku devices on which the said issues are occurring from HDMI to Dolby Digital is resolving the problems for some users.

While this is not an official workaround or a permanent fix, it is still worth a shot until Roku decides to fix the problem.

So, if you are also facing the issues related to audio playback/dropouts, be sure to try the workaround given above.

Also, let us know if the said workaround fixed the issues for you or not by dropping a comment below.

Hopefully, Roku looks into this matter and soon provides a proper fix for the said issues.

IST 10:20 am: Roku has finally come out to officially acknowledge this issue. Affected users are asked to continue waiting for a firmware fix.

That being said, the issue you are referring to is a known issue, and it looks like you have already reported it to Roku directly. All you (and we) can do now is wait for a firmware fix, and if you have access to other means/platforms of Local/LAN playback, to use them.
Source 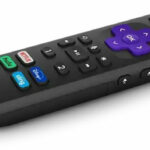