Roku is a popular name among digital media player manufactures. It offers streaming players and TVs that run a custom Linux distro known as Roku OS.

Roku Inc. started way back in 2008 and has come a long way with its ninth generation of Streaming Players. Now, Roku has released the Roku OS 10 update with a bunch of improvements and features for its supported devices.

The latest update offers the Apple HomeKit and AirPlay 2 support to select HD TV models and streaming devices along with the Instant Resume feature.

Also, Roku’s Live TV Channel Guide is now easily customizable as per user requirements. All these enhancements make it easier for users to access their favorite content.

The said update is indeed a major one for supported devices as it enhances user experience with the aforementioned features and improvements.

While the official Roku OS software release notes page currently does not outline the list of Roku OS 10 supported devices, a Reddit user did manage to get the same.

As per the Reddit report, Roku OS 10 is expected to arrive on all Roku TV models whereas the list of supported Roku Streaming Player models is given below:

It is, however, unclear whether this is the official list or not as it was taken down by Roku from the release notes page.

Nevertheless, it is good to see that Roku is striving to improve the user experience with such software updates.

IST 08:20: According to recent reports from Reddit, Roku has released the Roku OS 10 update build 4198 which brings along fixes for a bunch of issues. So, if you have not yet received the said update, be sure to manually check for the same. 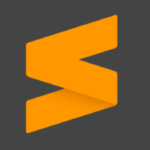