Realme has been sending out the Android 11 update left and right for its smartphones over the past few months, however, the catch here is that most of these updates are in the form of the Early Access or Open Beta programs.

At present, the company has only rolled out the Realme UI 2.0 stable update based on Android 11 to a handful of phones such as the Realme X2 Pro, Realme 7, and Realme X50 Pro.

That said, Realme 6 and 6i users are now one step closer to getting their hands on the stable Android 11-based Realme UI 2.0 update as the company has kick-started the Open Beta program.

Earlier today, Realme announced that it has begun accepting applications from interested Realme 6 and 6i users to check out the Realme UI 2.0 update ahead of the public release.

Those who opted in for the Early Access builds should get the Open Beta builds right away without having to re-register.

But in case you chose to stay away from the Early Access builds for whatever reason, you can apply for the Open Beta program by following these steps:

Before that, you’ll need to install the latest B.63 update on your phone to successfully register for the Open Beta.

Once registered, the update should show up shortly. Of course, there’s a limited number of slots so the quicker you get yourself enrolled the higher your chances of getting the update.

If for some reason you wish to roll back to Android 10 you will be able to do so. Realme is yet to upload the rollback package though so you may have to wait a bit.

The Open Beta program should go on for a few weeks after which Realme will begin seeding the Realme UI 2.0 stable update for the Realme 6 and 6i.

So stay tuned to our dedicated tracker to know more about the availability of Realme UI 2.0 for all eligible smartphones from the company. 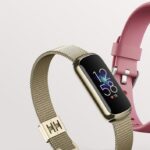