Realme X2 Pro turned out to be a charm from the company, impressing every smartphone geek out there.

The company knew what they had built and thus invested heavily in the marketing of the Realme X2 Pro.

Right now, the company is working on the Realme UI 2.0 (Android 11) update for which Realme X2 Pro is somewhere among the early contenders to bag the update.

It was back in December last year when Realme X2 Pro got its maiden Android 11-based Realme UI 2.0 update.

Ever since then, the company has maintained a routine to push beta updates. But at the same time, it also ignites users’ excitement for the stable update, after all not everyone was lucky to have been selected as an early adopter.

The recent developments in the Realme camp do hint at an imminent stable Android 11 rollout for a lot of devices especially the ones on top of the priority list.

Meanwhile, it has been tipped that Realme X2 Pro users in China woke up to an Android 11 update pop up which appears to be a stable one.

A user has shared this piece of information where the update bearing version F.09 indeed looks like a stable one.

Realme, having a significant presence in China, Europe, and India, may now look at releasing the same update to regions outside China.

An official announcement regarding the rollout in China is yet to go live but we believe it will be up anytime now.

The company usually takes a month to wrap the complete stable update rollout. So, one can expect Global units to receive the update sooner than expected.

It all depends on the company, the quicker they iron out the bugs, the quicker Realme X2 Pro users get the stable Android 11 update.

There will be more such exciting news coming in this month so be sure to subscribe to our dedicated Realme Android 11 update tracker to never miss an update.

Thanks for the valuable tip, I_Leak_VN!

IST 11:28 am The official announcement post has also gone live in the meantime. The post says that this update will be available to all the units circulated in the market within a month. 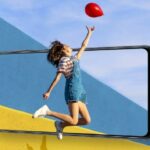