OnePlus was once known for its quality software and timely updates but that has changed over time. It is not wrong to assume that OEMs like OnePlus go through such phase as long as they are able to redeem themselves.

It might now be OnePlus’ chance at redemption as the OEM has recently revealed its new software update policy.

One of the many things that intrigue Android users are the lack of clarity over software and app update policies from OEMs.

Samsung made its software updates policy of 3 major Android updates known last year whereas Vivo also announced the same back in May 2021.

Now, OnePlus is also preparing to walk down the same path with its new software update policy. As per the said updated policy, flagship devices starting from OnePlus 8 series will get 3 major Android (OxygenOS) updates.

Also, the Android security patches will continue to arrive for the said flagship devices for 4 years.

While this might have already been the norm for flagship devices from the OEM, the addition of the Nord and Nord N series has changed things a bit.

The OnePlus Nord and Nord CE 5G are said to receive 2 major OxygenOS (Android) updates along with 3 years of security patches.

On the other hand, the OnePlus N series budget devices starting from the Nord N10 and N100 are entitled for one major Android (OxygenOS) update.

With this new software updates policy, users can now better understand and track the software lifecycle of their OnePlus devices.

In the meantime, you can check out our dedicated OnePlus section as there are such stories over there. 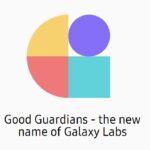 [Update: Jul. 02] Hulu working to fix issue with shows/episodes starting at the end