Xiaomi has recently started rolling out the stable version of MIUI 12.5 update to the Chinese variant of the Xiaomi Mi 8 handset.

Of course, those who closely follow PiunikaWeb will be quick to know this isn’t a surprise by any means. That the Mi 8 would bag the MIUI 12.5 update was already known to us.

But what remains unclear amid all the greatness that Mi 8 users are experiencing is whether the Poco F1 aka Pocophone F1 will also be upgraded to MIUI 12.5 update.

In case you are a little lost as to why the Poco F1 is showing up in the same sentence as the Mi 8. Well, the two have the same Snapdragon 845, which means they share the same kernel source code.

What having the same kernel source code means is that, basically, the devices share the same base software. In short, you only need minor tweaks to the Mi 8’s software to make it run on the Poco F1.

This means no need for building the update from scratch, a process that needs time and resources that may not be available owing to the age of the phone.

With this in mind, I can’t think of any reason the Poco F1 shouldn’t receive the MIUI 12.5 update.

In early February, Xiaomi Indonesia boss cast some doubt on the availability of the update on the Poco F1. But the tables quickly turned a few days later after Poco India support claimed the update was in the works.

Until now, we didn’t have any solid hint of the possibility of Xiaomi rolling out the Poco F1 MIUI 12.5 update. But with the release of the same to the Mi 8, it looks more likely.

Owners of the China variant of the Mi 8 can grab the manual download link below. For the rest, be sure to keep checking our MIUI 12.5 update tracker for the latest news.

[Highlights]
– MIUI 12.5. Yours alone.
[System]
– New: Response to gestures is now instant.
– New: With 20 times more rendering power, there are now few limits to what you can see on your screen.
– New: With custom device model adjustments, any phone becomes faster after the upgrade.
– Optimization: MIUI became lighter, faster, and more durable.
– Updated Android Security Patch to May 2021. Increased system security.

[System sounds]
– New: Nature mix is a new exciting way of creating your own notification sound system.
– New: Hundreds of system sounds that represent animals from all around the world.
– New: Stereo system sounds.

[Privacy protection]
– New: Now you can see what apps access your clipboard and control access.
– New: Using approximate location adds up points to privacy protection.
– New: You can now manage sensitive permissions and related app behavior independently.
– New: The behavior of web pages is also tracked now, which helps you to block unwanted and malicious actions.
– New: Now it’s up to you who and when can track your online behavior.
– New: All apps now come with a security statement from GetApps.
– New: Privacy risk scanner.
– New: Control which apps access and delete items from your Gallery.
– New: A comprehensive overview of all sensitive permissions.
– New: You’ll be notified whenever high-risk permissions are used and will be able to block the corresponding actions.
– Optimization: An all-new privacy protection page.

[Xiaomi Cloud]
– New: Convert images to PDF.
– New: Password manager allows you to store passwords in the cloud.
– New: You can share device location with other people in your family sharing group.
– New: Location information can be recorded automatically before the device powers off. 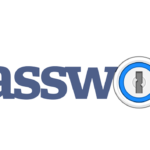 1Password extension on Microsoft Edge browser often needs to be disabled/re-enabled? Fix in the works, but there's a workaround