The MIUI 12.5 update is now nearing its global rollout as we speculated a while back and it may be announced collectively with Mi 11’s global release.

This comes while most eligible devices have already bagged the MIUI 12 stable update. Hence, Xiaomi is now seemingly in the process of wrapping its development up and going full steam ahead with MIUI 12.5 alone.

Now, Poco did announce complete autonomy from Xiaomi last year but has continued using their MIUI software skin and depending on its parent company for updates.

The only exception here is the fact that Poco phones ship with the Poco Launcher with its own set of unique features. Also, the company is also in the process of doing away with ads in their interface. Or is at least planning on reducing them to a great extent.

That said, a user recently inquired regarding the MIUI 12.5 update for the beloved Poco F1 to which Alvin Tse, GM at Xiaomi Indonesia, responded the following:

As apparent from above, Xiaomi is still not sure about the update for the Poco F1. This is pretty disappointing considering that a global rollout for MIUI 12.5 is just around the corner.

However, it is worth mentioning that the above only implies uncertainty on part of Xiaomi and the device is probably undergoing a feasibility check as we speak.

Moreover, we did previously highlight that several forum moderators had previously stated that the device is likely to bag the update.

But then again, the Poco F1 was launched way back in 2018 and is, as a result, pretty close to the end of its software update support. So one can’t really be too sure about anything.

The company must not forget that they are what they are today mostly due to the success of the Poco F1. The model sold over 2 million units which is a third of the total number of devices sold by Poco to date!

Hence, if the Poco F1 truly has reached the end of its software development life cycle, it does deserve one last update in the form of MIUI 12.5.

After all, MIUI 12 is still pretty riddled with various bugs and performance issues. And if the company truly wants to wrap up stuff with their most popular offering yet, they should at least do so after effectuating a completely bug-free software experience.

For now, POCO F1 or Mi 8 series are not in the list. They are yet to schedule devices from 2018. I hope we’ll get some idea in coming months, when MIUI 12.5 finally rolls out. If my guess is right, devices running MIUI 12 has a chance of getting MIUI 12.5 too, but we have to wait for official confirmation.
Source 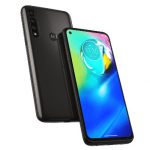