With only a handful of devices left to upgrade to Realme UI 2.0 (Android 11), Realme is all set to meet its June deadline as well.

It will be the Realme X, XT, 3 Pro, 5 Pro, and Narzo 20A to receive the much-awaited Realme UI 2.0 update this month if Realme sticks to the deadline.

So far, the company hasn’t missed a single deadline and these are good signs. In fact, the stable rollout has also begun for a couple of devices.

This news has been announced in the Chinese Realme Community that invites the first 1000 users to be part of the Early Access program. The new update version is F.03.

Even though the commencement is limited to the Chinese units, there are high chances Indian and Global units will receive it any time from here.

There’s barely anything different when it comes to comparing the Chinese and Indian variants of Realme X so a similar rollout is expected in the coming days if not hours.

Keep in mind that these applications only accept the early birds and in case you missed out on the opportunity now, you will have to wait for the next opening.

We saw how quickly Realme X7 Pro was moved to the Open Beta program yesterday. This hints that teams are speeding up their lethargic approach and what appears to be a limited and slow rollout today may not be the same case from now on.

We will update this post as soon as the notification for Indian units goes live so stay tuned. In the meantime, you might want to check out our dedicated Realme Android 11 update tracker to get the latest news. 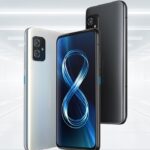