Realme had a lot to do in the month of June with 6 devices scheduled to receive the Realme UI 2.0 (Android 11) update.

It will be the Realme X, XT, 3 Pro, 5 Pro, and Narzo 20A to receive the much-awaited Realme UI 2.0 update this month if Realme sticks to the deadline.

Realme has left no stone unturned when it comes to delivering the Realme UI 2.0 Early Access update, Open Beta and stable remains a question though.

We saw Realme opening the floodgates with Realme X in China and that’s when we anticipated that other devices would follow soon too.

Time to rejoice! Realme X and XT users finally have the Realme UI 2.0 (Android 11) update popping up in their update centers.

Announced in the Realme Community, this application invites Realme X and XT users to first register for the Realme UI 2.0 update and will begin receiving once the application is approved.

Realme has identical phones in the Chinese market so when an update airs there, it hints at an imminent rollout for that device in other regions.

Even though the commencement is limited to only a few units, there are high chances that the company will re-open the application in the near future.

A stable build will be rolled out at a later stage following the Open Beta program that usually lasts for a longer duration.

There are plenty of other devices on the list and they would have a similar opportunity to receive Realme UI 2.0 Early Access update in the coming days.

In the meantime, you might want to check out our dedicated Realme Android 11 update tracker to get the latest news. 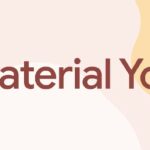 [Updated] A Google Pixel user interested in how to enable Material You in Android 12? Here's what you should know 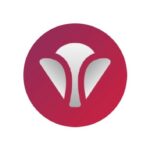