The Mi Note 10 was the first phone to be released with a 108 MP camera back in late 2019. Six months later, its Lite version made an appearance with nearly the same specs but a toned-down camera setup.

Fast forward to 2021 and the devices are still pretty compelling in terms of specs and are definitely no slouch even when compared to some of the latest releases at the same price point. The Mi Note 10 Lite came with MIUI 11 based on Android 10 out of the box and has since been updated to Android 11-based MIUI 12.1. However, the update has been riddled with issues.

We recently highlighted how a moderator recommended staying on Android 10 until some of the most common issues on Android 11 like notification issues, broken gestures, and others are resolved.

And now, a new issue has come to attention following the Android 11 update for the Xiaomi Mi Note 10 Lite. Some users state that the Widevine level has dropped from L1 to L3 on their devices.

Widevine dropped to L3 on my Mi Note 10 Lite. It was L1 before. How can I make it L1 again?
Source

And no, the case isn’t similar to the Poco F1 that never really had true L1 support, as Widevine L1 worked perfectly on the Mi Note 10 Lite when it was on Android 10.

For the uninitiated, Widevine L1 is a level of digital rights management (DRM) security designed to protect streaming services like Netflix and Amazon Prime Video from unauthorized redistribution of their content.

A security level of L1 means that streaming services allow content to be played at 1080p while L3 only allows a maximum resolution of 480p.

It is worth mentioning here that the Widevine issue isn’t just limited to the Mi Note 10 Lite as its older sibling – the Mi Note 10 – is reportedly affected as well.

Nonetheless, the bug isn’t anything to be too concerned about as it has now been officially acknowledged and a fix is set to roll out soon.

As clear from the above, the fix has already been rolled out for the Chinese variant of the Mi Note 10 Lite. Thus, if all goes well, a similar update should be released for the global users as well.

For now, be sure to keep an eye on our dedicated Xiaomi Android 11 update bug tracker to stay in the loop about the status of the bug.

Hey, Next OTA will fix the Widewine L1 issue. Thanks
Source 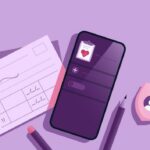 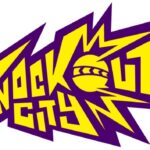