The Xiaomi Mi 10i was one of the cheapest 5G smartphones available in India at the time of its launch back in January. Since then, we have seen several new cheaper offerings pop up from a couple of other OEMs.

But the Mi 10i still stands unique because of the fact that it is powered by the Snapdragon 750G – a fairly powerful upper-midrange chip from Qualcomm which gives the device a slight edge over the competition. And in the global region, it is dubbed Mi 10T Lite 5G. But for some reason, Xiaomi decided to go with a unique name for India alone – Xiaomi Mi 10i.

Anyway, while the Mi 10T Lite and Redmi Note 9 Pro 5G have already been running stable Android 11 for over a month now, the Mi 10i has been held back.

The Xiaomi Mi 10i was first treated to Android 11 back in late March with a build carrying version number 12.0.1.0. However, this was limited to those that had signed up for the Mi Pilot Testers program.

Over a month later, scattered reports of an Android 11-based MIUI 12.0.2.0 update carrying an April security patch begin to emerge.

The update was apparently rolled out to a few users only and was hence most likely a stable beta release.

Note that we referred to the build in the past tense. As it stands, the new build only showed up for a brief period of time, that too to select users only, following which it was pulled back.

Yep, if your Updater app was prompting you about the availability of the update, then the notification must have disappeared now. As clear from the below response, the rollback is due to some ‘technical issues’.

It is unclear if the technical issues in question are a reference to bugs on the build or some server-side glitch that has hampered the release.

Either way, we shall continue to track developments regarding Android 11 for the Xiaomi Mi 10i 5G and will update our Xiaomi Android 11 update tracker accordingly, so keep an eye on it.

06:52 pm (IST): The Android 11-based MIUI 12.0.2 build is now being released once again but still as a stable beta. The download link and changelog have been given below:

Funnily, the official changelog mentions two security patches at once. 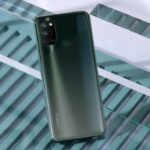