The Xiaomi Mi 10T Lite 5G is also known as the Mi 10i 5G in India and the Redmi Note 9 Pro 5G in China, and is one of the most competitively priced offerings from Xiaomi to date.

And although many have grown accustomed to specifications like a 120Hz display or even a 64 MP quad-camera setup, the Mi 10T Lite 5G is still perhaps the best value-for-money mid-ranger that one can lay hands on.

That said, as most may already be aware by now, the update process at Xiaomi was put on hold for several days due to the Chinese New Year holidays. Prior to this, the Xiaomi Mi 10T Lite 5G had bagged a beta MIUI 12.5 update in China based on Android 11. It was a major one that bumped the Android OS version from 10 to 11.

However, it was only under testing and was not made available to global users. That has changed now though with the latest global stable update based on Android 11.

Of course, the update isn’t based on MIUI 12.5 and continues to stick to MIUI 12 for now since MIUI 12.5 is expected to hit the device sometime during late Q2 2021.

It also carries a size of around 2.5 GB and the MIUI version number of 12.0.2.0. You are free to download the same through the link given below.

Also worth mentioning here is that the Indian variant of the Mi 10T Lite 5G, which is known as the Mi 10i 5G, should also receive the update soon now that the global one has got it.

The Xiaomi Mi 10T Lite 5G isn’t the only device bagging the Android 11 update immediately after the Chinese holidays, as the Redmi 10X 4G has now received it as well.

The update has currently only been rolled out in China but should make it to other regions soon too where it is known as the Redmi Note 9.

Again, as promised, the download link for the recovery update zip file has been given below.

07:50 pm (IST): The Android 11 update is now rolling out for the Mi 10T Lite in Europe and the download link has been given below. Keep in mind that it is a beta stable ROM for pilot testing.

07:16 pm (IST): The Android 11 update is now rolling out for the Redmi K30S Ultra, which is the Chinese variant of the Mi 10T Lite, and the download link has been given below.

07:50 pm (IST): The Android 11 update is now rolling out for the Mi 10T Lite in Taiwan and the download link has been given below. 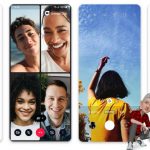 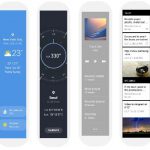 Samsung Edge Panel may get width adjustment options with upcoming One UI 3 updates, multitasking to be enhanced as well