Xiaomi’s MIUI 12 is one of the most advanced and feature-rich Android skins. The skin has undergone such an overhaul over the past year that one can now barely tell that MIUI 11 was its predecessor.

Now, Xiaomi is known as a value-for-money brand and offering great hardware at dirt-cheap rates. However, the feedback for its software has mostly been mixed. At least until now.

The sentiments hovering around MIUI have rapidly changed especially with the onset of MIUI 12. Following this, Xiaomi has now come to be a brand known for both its delightful hardware as well as software experience.

That said, MIUI 11 and 12 have only been stepping stones for what Xiaomi has in store at the end. The OS has seen some pretty rapid development and UI changes for a couple of years.

And with MIUI 12.5, the company appears to be now polishing up the final stuff before the release of MIUI 13.

Nonetheless, as most may already be aware, MIUI 12.5 is already being tested on many devices in China. We won’t delve too much into its intricacies here. But if you are interested in further details, then check this out.

However, as it stands, the MIUI 12.5 development will be halted from February 8 to February 19 due to Chinese New Year celebrations. Following this period, the development ROMs will be released once more from February 22 onwards.

So what does all this mean for the MIUI 12.5 (Android 11) stable rollout? Well, we previously did highlight that the global MIUI 12.5 launch, which was scheduled for February 8, will carry on as planned.

However, the Chinese holidays could translate into a delayed stable MIUI 12.5 rollout for both Chinese and global users. This is because suspended Chinese beta development means that the global stable rollout is pushed a few days further as well – sort of like a chain reaction. 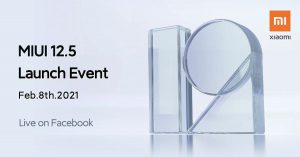 And if usual announcement events are to go by, Xiaomi will unveil MIUI 12.5 to the global market on February 8 and then publish a list of eligible devices along with their respective timeline.

Soon after, the MIUI 12.5 update should hit the first set of Chinese devices before finally making it to the global market. Yep, we are just as excited as you are.

For the uninitiated, MIUI 12.5 promises to improve system performance by around 25% and incorporate new Super Wallpapers, haptics enhancements, privacy improvements, a bunch of UI tweaks, and much more. 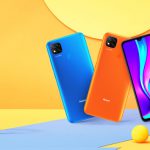 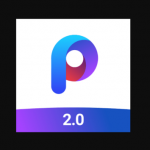