Android OEMs have all been slowly ditching their stock telephony and calendar apps and moving onto their Google counterparts. We have seen the likes of OnePlus do this in the past and now Samsung appears to be headed in the same direction.

Sadly, none of these cases saw a warm welcome for Google apps as users across all OEMs keep demanding the return of the stock apps. Xiaomi isn’t an exception either.

The Chinese OEM too had taken the step last year and began shipping all of the global variants of its devices with Google apps.

And since then, users have continued their scrutiny with many inquiring into a way to bring back the beloved Mi Dialer and Messaging apps on the Mi Community forums.

I want to use more user friendly and intuitive MIUI dialer instead of Google dialer. Is there any official method to use MIUI dialer in Global ROM?
Source

Hi, I upgraded from poco f1 to X3 pro. Realized that there is no mi dialer & contacts, are we able to install that?
Source

But why the demand? Well, firstly the Google counterparts – Google Phone and Messages – miss out on plenty of features, the most noteworthy one being call recording.

Secondly, they just do not look as pretty as the stock MIUI apps and look out of place. That’s somewhat subjective though.

But what makes matters worse is the fact that apps like Mi Dialer and Mi Messages cannot be installed manually after downloading their APK files due to framework differences between the China and global ROMs.

So what exactly forced Xiaomi to take such a step even though clearly no one has been a fan of it? Turns out that it is due to some new international/Google regulations that Xiaomi is forced to comply with.

Still, a few regions have been spared from such regulations due to which Xiaomi devices sold there continue to come with MIUI apps. This obviously includes China and a couple of others like Taiwan and Indonesia.

If you haven’t guessed already, flashing the ROMs from regions like Indonesia should do away with the crappy Google apps and bring back their MIUI counterparts. This method has even been recommended by several moderators.

Do keep in mind though that the process requires an unlocked bootloader so proceed with caution. While the process is mostly safe, we are not responsible for any bricked devices.

For a guide on how to unlock the bootloader of your Xiaomi or Poco device, head here.

Next, simply download the latest Mi Flash Tool and install the downloaded ROM via the fastboot method on your Xiaomi/Poco device. For a detailed guide on how to do that, head here and scroll over to the “Fastboot Method” section.

Be sure to back up your data first as it will be wiped clean in the process.

If all goes well, you should see your device boot up into the Indonesian ROM sans the unintuitive Google apps and with all the desired MIUI stock apps in their place. 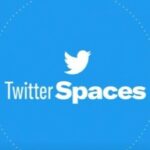 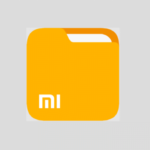