Google Meet is heavily used by those with G Suite accounts as well as regular Gmail account holders.

The tech giant has been steadily improving the user experience on its video-communications service with new features.

Among them, the change background feature which offers a range of background presets like blur to Google Meet users.

However, several users have been reporting that they are not getting the Change background option in the Google Meet web app.

As per a thread on the Google Support community, the said option does not appear for Google Chrome users even though WebGL 2 support is present.

It is, however, possible that “Major performance caveat” in the WebGL report might be the culprit behind this.

Some users reported that the Major performance caveat section in the WebGL report is showing “yes” whereas it should be “no” for the change background feature to work.

This is where an affected user came up with a simple trick which helped them and several others to enable the said Meet feature on Google Chrome.

The workaround involves tweaking the Google Chrome flags by typing chrome://flags in the address bar then enabling the Override software rendering list option.

After that, users have to ensure that the Use hardware acceleration when available option is enabled in the Google Chrome System settings under the Advanced section.

Once done, restart the Google Chrome browser for the changes to come into effect. The change background icon will now be available in the Meet web app.

The Override software rendering list option is disabled in Google Chrome by default. It prevents any blacklisted graphics card or drivers to be used for hardware acceleration.

It must be noted that this trick only works if the system has a dedicated GPU or integrated graphics with relevant drivers installed.

So, if you are unable to use the change background feature on Google Chrome, be sure to try this trick and drop a comment below to let us know if it works. 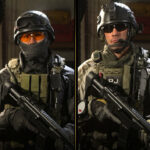 Call of Duty (COD) issue on PS4 & PS5 with forced reinstall of game packs & add-ons after restart under investigation, workaround inside 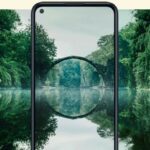