Apple’s ‘we know best’ attitude doesn’t really work for everyone. Of course, this mindset has delivered one of the most lucrative and optimized mobile operating systems today, iOS, but there are people that would like to change things.

Enter the world of tweakers, tweaksters, and tinkerers that is jailbreaking. This essentially allows users access to the restricted parts of the iOS system, thereby allowing tweaks and changes that were previously not possible. We have covered a lot on how to jailbreak your device along with many jailbreak tweaks from ones that help you enable picture-in-picture, visual tweaks and even tweaks to the Siri interface.

Today, we look at a new jailbreak tweak, this time, one that helps you get a little more functionality out of the YouTube Music app.

YTMusicVolumeSlider does exactly what the name suggests, adds a volume slider to your YouTube Music user interface on your iOS device.

YouTube Music has a rather minimalist user interface with little going on in form of controls other than the basic ones and YTMusicVolumeSlider simply goes to add a little more control for the user.

This tweak, like many new jailbreak tweaks today, is free to download and use, and comes to us courtesy of one level3tjg.

However, this free tweak isn’t perfect. Some users note that the volume slider overlaps with the “Up Next” view a little bit. But this is a jailbreak tweak after all and things are bound to be a little wonky.

To get this tweak on your jailbroken iOS device, you can check out the official repository here. At the time of writing, it supports these package managers.

We shall continue to keep an eye out for such and many more YouTube Music jailbreak tweaks so stay tuned to PiunikaWeb. What do you think about this tweak? Tell us in the comments section below.

NOTE: We have these and many more jailbreak stories in our dedicated Apple section. 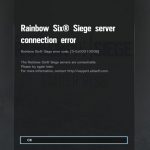