For someone that is into a lot of customization and personalization of their device, iOS doesn’t offer much wiggle-room by default. However, thanks to the jailbreak community, users can get a lot more out of their devices.

Titan is an upcoming iOS jailbreak tweak that brings Picture-in-picture to more apps than officially supported. This means you can watch your favorite content from more apps win a small window while doing other things on your iOS device.

The developer of this tweak says that most of the word on this tweak is done and has shared a few insights into how this tweak works and some of the features to expect. Below is a summary of its key features baked into Titan.

Just like on iPad, pip will be started with an animation when exiting an app, opening a notification, etc if you’re in the middle of watching anything. You can see what that looks like here .

You can set any activator action to toggle pip for those apps that do not include a button. Titan also comes with two similar toggles included if you don’t wish to use activator.

This automatically tries to figure out where navigation and tab bars then move the pip window to not get in the way.

This works with all the apps in the picture and more. Thanks again to all the people who helped me test this, this tweak wouldn’t be near as stable as it is without you.
Source

At launch, Titan will support a good number of the popular content streaming services we have today. Some of these include; 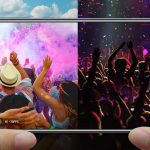 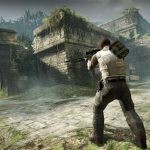