We have seen countless jailbreak tweaks that all strive to bring a better iOS experience to jailbroken devices. These tweaks range from ones that are meant to offer cosmetic enhancements for the iOS look and feel, to those that add more functionality to the iOS system and many more.

Today we look at yet another tweak Ares. Ares is an upcoming jailbreak tweak that promises to breathe some new life to the current Siri UI. This tweak comes from the developer of yet another tweak we have talked about before Blanca, that redesigned the notification bubbles on iOS.

Ares will fix Siri the way it should have always been. Ares’s custom UI gives an uninterrupted workflow experience. Keep doing what you love with your device whilst using Siri.

As vague as that description might be, it could offer us an insight into what Ares might bring to the table. It is highly likely that with Ares, the Siri UI will be a lot more intrusive, and therefore, you can use Siri as you perform other tasks instead of Siri taking up your entire display when summoned.

Before Ares gets ready for primetime and is officially released, the developer promises ‘Many more UI customizations’. It is therefore worth noting that while this tweak is coming soon, it is still very much in development.

When announcing this tweak on Twitter, the developer mentioned that this was in recognition and celebration of the recently announced Unc0ver jailbreak tool that supports all versions of iOS from iOS 11, all the way to the latest iOS 13.5 build.

It can then be deduced that this tweak will work well even on the very latest iOS 13.5. At the moment, we really don’t have much to go on other than the renders that have been provided. We shall keep an eye on this tweak and update with more info as we receive them.

NOTE: We have these and many more jailbreak tweaks in our dedicated Jailbreak section. 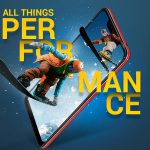