For as long as we have had smartphones, there has been a need to customize the experience to make it truly personal to the user. Android being open-source offers a lot of customizability and options. iOS, not so much.

To get a little more customization out of iOS, the Jailbreak community has been rife. The past few years have brought us countless jailbreak tools and tweaks. Some of these tweaks are super helpful, helping users get more functionality out of iOS while others are just for fun.

Perhaps one of the most popular and well-supported tools to help users attain jailbreak on their iOS devices is Checkra1n. And for good reason. This tool regularly gets updated to support even the very latest builds ofiOS and to fix bugs that crop up from time to time.

Now that we got all that out of the way, today we shall look at yet another customization Jailbreak tweak, Blanca. This has got to be one of the simplest tweaks we have seen yet.

Blanca is not yet ready for primetime as it remains an upcoming Jailbreak tweak. The developer says that the tweak should be available from the major repositories pretty soon, but we still don’t have concrete timelines for the same.

We shall continue to keep an eye on this tweak and update when we get more information about the tweak’s features and what else it does.

Blanca has just been released. Blanca allows users to modify the banners based on their needs. Add custom corner radius to make your own designs. It also supports flat Android-style edge to edge notifications.

Currently, it only supports iOS 13+, but an update for iOS 12 will be coming soon. The tweak is available on Packix Repo.

NOTE: We have these and many more jailbreak tweaks in our dedicated Jailbreak section. 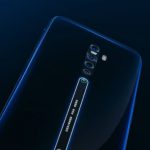 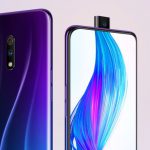