Upcoming Xiaomi Redmi gaming phone will be the first to come with MIUI 12.5 stable out of the box

It is that time of the year again. Both Xiaomi’s hardware and software departments have been extremely busy lately. The OEM recently launched a bunch of devices including the likes of the Redmi Note 10 series, Mi 11 series, and the Redmi K40 series.

And on the software side of things, Xiaomi has been working hard to roll out both Android 11 and MIUI 12.5 for a bunch of their eligible devices. They even recently gave out a more detailed MIUI 12.5 stable update timeline.

The company may have started rolling out MIUI 12.5 stable to some of their high-end devices (the first among the bunch being the Mi 10 Ultra) but MIUI 12 development still seems far from over.

This is pretty clear from the Mi Pilot testing programs aimed at testing out stable beta updates prior to a wider global rollout. The programs are running full-swing and even re-opened to reel in some more participants.

And what better way to establish that MIUI 12 is still alive and kicking other than Xiaomi’s latest flagship launches – the Mi 11 Pro and Mi 11 Ultra. The devices may be flagship but ship with MIUI 12 even though MIUI 12.5 stable is already rolling.

Xiaomi said in a recent Q&A session that this is because they start production much before a device’s official release and thus have to equip it with the latest software version available at the time of production.

That said, there is actually now a Xiaomi device that has seemingly been put into production after MIUI 12.5 hit stable. This means that it will be released with MIUI 12.5 out of the box.

It is a gaming-centric handset that will be sold under the Redmi sub-brand. This is indeed the very first time a gaming phone has ever been sold with the Redmi tag. After all, the sub-brand has always been more budget-friendly than the premium Mi series devices.

Xiaomi has always sold their gaming phones under the umbrella of Black Shark. All this only means that the Redmi gaming phone is set to deliver flagship-grade gaming performance but at a very wallet-friendly price point.

The phone is set to be released at the end of this month and is set to come with the top-of-the-line MediaTek Dimensity 1200 chip. The processor has a 6nm chip design and has even been touted by MediaTek as being ‘one of the fastest smartphone CPUs ever’.

The performance metrics of the Redmi gaming phone will be further enhanced by MIUI 12.5 that promises much better performance over MIUI 12 whilst reducing power consumption.

In the camera department, the device has got a quad-camera array headlined by a Sony IMX686 64-megapixel main lens. Lastly, it carries the codename of ‘Aries’. That’s all when it comes to the information at hand currently. Stay tuned to PiunikaWeb for now so that you do not miss out on any new developments on MIUI 12.5 and the Redmi gaming phone.

Also be sure to keep an eye on our dedicated MIUI 12.5 update tracker to know about the status of the update for your eligible Xiaomi/Poco device. 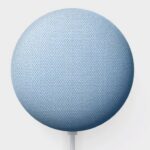