Well, it’s here at last. Following an announcement and launch alongside the Xiaomi Mi 11 back in December, MIUI 12.5 has now inched closer than ever to a stable global rollout in light of a fresh development.

This comes right after an announcement about the suspension of MIUI beta development for around two weeks due to the Chinese New Year holidays.

Anyway, Xiaomi made a post today on the Mi Community about a new MIUI pilot testing program. In case you are unaware, pilot builds are a prelude to official stable releases and may also be referred to as ‘beta-stable’ builds.

Such releases are not immediately made available to the general public. Instead, they are rolled out to select people initially that test and report bugs and issues that somehow seeped through beta testing.

Again, MIUI 12.5 has been put to some really rigorous beta testing on a bunch of devices since it was launched. This, however, was a part of a beta program that is only available to Chinese users.

Nonetheless, Xiaomi obviously wants users from all around the world to contribute to the development of MIUI 12.5. This is despite mentioning this explicitly in the announcement post.

After all, the Chinese and global releases are pretty similar in terms of features. Even so, there is a great likelihood of the introduction of new features and even bugs on global builds that may not be present on Chinese releases.

That said, if you want to be part of the pilot testing program, then head here to register. Also make sure that you are on the MIUI Global Stable ROM in order to receive the pilot OTA update sans issues after registration.

Moreover, the last date for enrollment is March 1 which gives users ample time to backup their data (which has been marked as ‘mandatory’) and make up their mind.

Also keep in mind that although the list of eligible devices is pretty lengthy, as you can see below, the MIUI 12.5 pilot testing program has been limited to newer devices only. At least for now.

In a statement shared on the official Mi Global Community channel on Telegram, Xiaomi has the following to say about the ongoing recruitment:

With all listed devices already on MIUI 12, there is only one thing that could be next for them — MIUI 12.5 update. But Xiaomi claims otherwise. Luckily, we should find out soon.

The full list of those that have made it into the MIUI pilot testing program for Mi/Redmi/Poco devices is now available. To access it and for further details, head here.

A second batch of the MIUI stable testing program has started with new registrations now being taken. If interested, you might want to check out this official post. The full list of eligible devices has also been given below:

Xiaomi is now reopening the 1st batch Mi Pilot Recruitment as more testers are needed. Users can apply for any device leaving the Mi 9T, Redmi Note 9 Pro, and Redmi Note 8 as the slots are currently full. Details here.

OnePlus acknowledges 'YouTube pause button not working' on OnePlus 9 Pro, a fix in the works 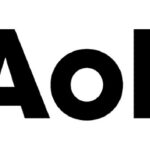