The Mi 10 Ultra was the very first device to bag a MIUI 12.5 stable update, that too a bit sooner than expected. And Xiaomi’s latest champ – the Mi 11 – joined shortly afterward.

Now that the ball has been set in motion, one can only expect other eligible devices to follow suit. The first devices to get the update are obviously the flagships but the midrangers and budget devices are next.

For the uninitiated, MIUI 12.5 is intended to act as a bridge between MIUI 12 and MIUI 13 and is thus only a minor update over MIUI 12. There are some interface changes along with several performance enhancement claims which you can check out from here.

Nonetheless, as many may already be aware, MIUI has long been touted as one of the greatest drawbacks of Xiaomi devices. The skin has always felt bloated and many just did not like the way it looked and performed.

Xiaomi apparently took all that feedback seriously and moulded MIUI into the Android skin that it is today – MIUI 12 has seen a complete re-design. Of course, it is still anything but perfect, but the revamp has quickly amassed a loyal fan following.

However, its greatest drawback has continued to live on – ads in the system. Xiaomi obviously needs additional revenue to compensate for its ridiculously cheap offerings and ads serve well for the purpose.

Now, MIUI 12.5 has been promoted continually as doing away with most bloatware by allowing most of its system apps to be uninstallable. But what hasn’t been mentioned to date is that MIUI 12.5 may be doing away with ads, at least in India.

The VP has also pointed out how the Android skin has been ‘completely cleaned up’. This probably refers to the uninstallable system apps bit. Additionally, the VP announced that MIUI 12.5 is to be released in India pretty soon.

But perhaps the boldest claim is that MIUI 12.5 will steal the title of being the ‘cleanest skin in India’. Now that’s pretty subjective as there are plenty of other unique Android skins available on the market and each of them is ‘clean’ in its own way.

Still, it will be great to see MIUI truly live up to the executive’s hint and actually do away with ads. No ads in the system will truly be a game-changer and there really won’t be much scope for criticism left anymore.

Anyway, for now, let’s just wait and see how things actually unravel. You would therefore want to stay tuned to our dedicated MIUI 12.5 update tracker so that you do not miss out on any new developments. 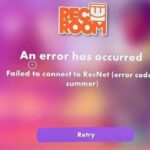