OnePlus has recently delivered the much-awaited stable builds of Android 11-based OxygenOS 11 to the OnePlus Nord and OnePlus 7 devices.

Of course, there was the incident when both these updates were pulled (1,2) but for the most part, these updates are already going out to eligible devices.

A few weeks into the rollout and already, it looks like the time OnePlus took to develop, test and eventually roll out this build is paying off.

This, as there haven’t been as many reports of bugs and issues from users of these devices, at least compared to what we saw with the OnePlus 8 series. So OnePlus did learn after all huh!

OnePlus remains one of the most community-oriented Android OEMs we have today, allowing users to unlock their bootloaders among other tweaking ventures.

In line with that, we’ve seen the company being a little more forthcoming than many other OEMs when it comes to making public the kernel source code for its devices.

Today, it is coming to light that OnePlus has just published the Android 11 kernel source code for the OnePlus 7 series of devices.

This source code can be downloaded from OnePlus’ OxygenOS GitHub page so anyone in need of the same, get it from the official source here.

Usually, this source code comes before the official release of a stable build but in this case, the reverse has occurred and that is still commendable.

From here on, all eyes now move to the developer community, something OnePlus devices seem to have no shortage of.

With the official kernel source code available, we can now see more stable custom ROMs from the major developer communities such as Pixel Experience, Resurrection Remix, HavocOS, Reloaded OS among many others.

We shall continue to keep an eye on this and update as and when we get more info so stay tuned to PiunikaWeb for that and more.

NOTE: We have more OnePlus stories in our dedicated OnePlus section. 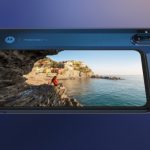