MIUI may be one of the most actively developed Android skins on the market currently but this, unfortunately, doesn’t translate to perfection. The skin definitely isn’t lacking unique exciting features but falls short in one major aspect – performance.

Yep, ever since its release last year in April, there has been a slew of complaints regarding its lower than mediocre performance and really laggy animations. This is far more apparent on budget devices.

As a result, budget devices have suffered greatly. Xiaomi tried to patch things here up by firstly doing away Gaussian blurring from certain UI elements and then disabling several inessential features on some budget devices.

However, it’s been months since this happened and there still hasn’t really been a meaningful improvement in the situation. Things in fact have seemingly taken a turn for the worse with the recent Android 11-based MIUI 12 releases.

Heck, even a forum mod admitted that they rolled back to Android 10 as they found Android 11 too buggy to be tolerable.

In such a case, things are totally up to Xiaomi to fix. Sadly though, the OEM seems to be keener on adding new features rather than fixing existing bugs and lag issues on MIUI 12.

Desperate times call for desperate measures, and since Xiaomi is apparently not too interested in improving the current state of their software, it’s about time the users took matters into their own hands.

Thankfully, there is indeed a way to fix the mess that MIUI currently is to some degree. Users have often complained of bloatware and RAM management issues in the past and hence doing away with unnecessary apps can help shave some burden off your CPU. 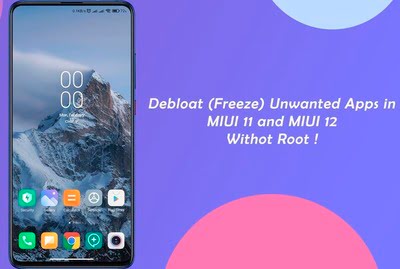 This method doesn’t even require root access and hence is almost completely safe. Prior to going forward with it all, you will firstly need to download Android SDK Platform-Tools. This will enable adb support on your PC.

Following this, you’ll need to download the executable script that will do the magic itself. The script’s creator is Global Mi Community Moderator Tom Henson so things are kinda official here.

Next, just follow the steps given in the video below and you should be good to go.

If used right, the script will make your MIUI 12 or MIUI 11 system far lighter than before. Also, although not explicitly mentioned, it should do the job for MIUI 12.5 too. However, that is untested so proceed with caution.

Nonetheless, the following list of apps are safe to remove through the script:

The script also offers several other goodies like options to improve the smoothness of MIUI 12/MIUI 11 and even reduce power consumption. So yeah, MIUI 12 battery drain issues are also covered here. Hope you have a great overall experience and were finally able to reduce the lag issues on MIUI 12. Be sure to inform us in the comments below if you actually felt a difference after following the steps given in the video. 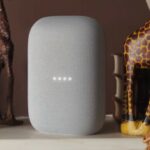 Google Nest (Home) "Problem connecting to cloud" issue has apparently resurfaced for some users, but there are workarounds